Last month I spent 2 weeks traveling solo from Helsinki Finland thru Estonia, Latvia, Lithuania and then ending with a few days in Berlin. Prior to going my immune system was not great and a combination of back to back traveling, taking on some new roles at work and just being generally run down resulted in me getting sick the couple days before I left. Truth be told I wasn’t especially jazzed to be going on this trip- the thought of spending 2 weeks in my bed was sounding pretty great (insert pitty party here). Thankfully though, as soon as my feet hit Finnish soil (and I checked into my swank hotel) I was out of my funk and ready to see what Helsinki had to offer. A couple years ago I spent a bit of time in northern Finland- specifically Lapland where Santa lives, but never got a chance to see Helsinki.

Helsinki is hella expensive as is most of Scandinavia. Basically it’s kinda in between Paris and Iceland in terms of expensive. The trade off though is that even though things like food cost a lot, I never had a bad meal. I spent 2 nights in Helsinki- basically landing early afternoon and then leaving early 2 days later- so I really only had a day and a half to explore. I stayed in the city center meaning that I was easy walking distance to the water and to shopping and a few churches and sites that I wanted to see. After checking into my hotel I wandered towards the water and found that there was a fish market where boats lined the harbour and sold local pickled varieties of fish from the backs of the boats. The air was crisp and smelled salty like the sea and that was all it took to get me out of my travel funk. That first afternoon I walked along the waterfront and went to the Central Market. The Central Market has a wine store, coffee shops and places to buy fresh fish, as well as places to buy fish sandwiches and oysters. It’s pretty awesome. I then walked up to Uspenski Cathedral an Orthodox cathedral from the late 1800’s. Later I visited the nearby Helsinki Cathedral which is up a steep flight of stairs. The outside is much cooler than the inside. I went at sunset which made for some great pictures. 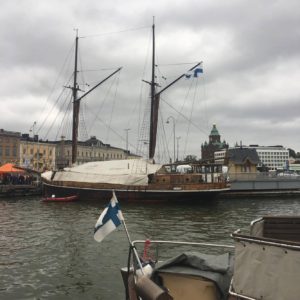 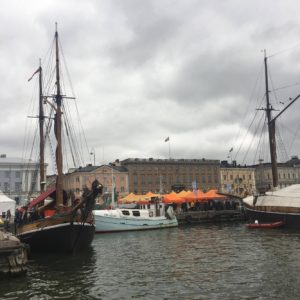 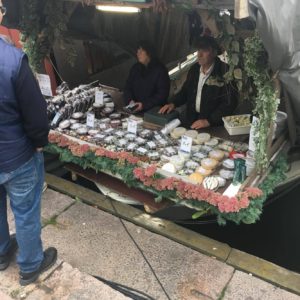 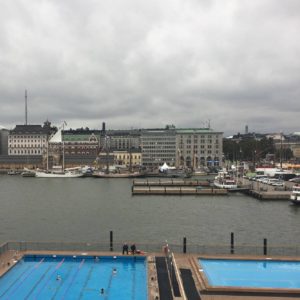 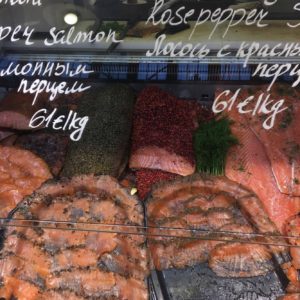 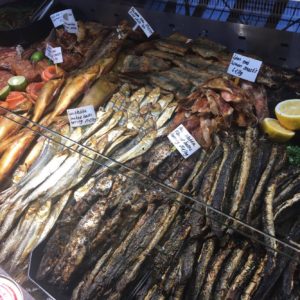 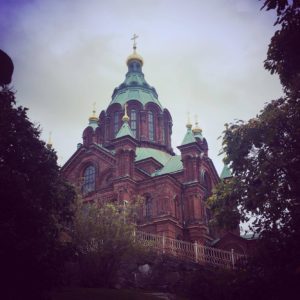 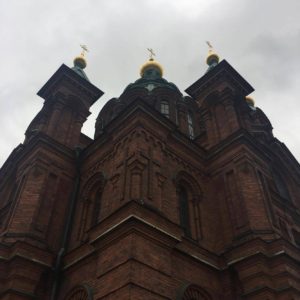 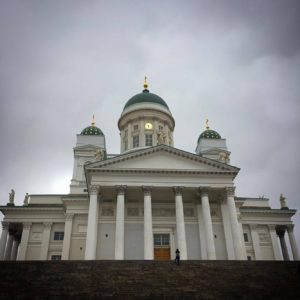 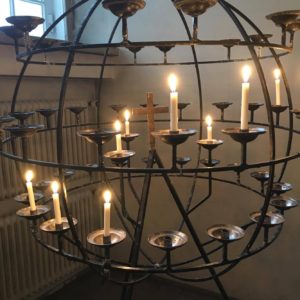 The next day I spent part of the morning organizing a ferry ticket for the following day to take me from Helsinki to Tallinn Estonia (more on this in an upcoming post). Seeing as it was the beginning of October, the weather was chilly, rainy and pretty windy. The one great thing about traveling at this time of year is that the leaves had just started to change colours so it was a beautiful landscape of reds, oranges and yellows. I decided to take a ferry to the nearby island of Suomenlinna- the ferry takes about 20min to get to the island and the views of the Helsinki skyline off the back of the ferry are amazing. I stood outside in the chilly air taking in the scenery. Suomenlinna is a fortress, some parts of it from the 1700’s and it is now a UNESCO heritage site. The island itself is free- you just have to pay for the ferry to and from. There is a residential portion of the island (actually it’s comprised of 6 linked islands) as well as cafes, and museums. I spend my time wandering the main path that wound past the church, past the fortress structures and past a hidden beach. I took tons of photos of the changing leaves that lined the walkways. After a coffee to warm up I took the ferry back to Helsinki and had a late lunch at the Central Market. Fresh salmon sandwiches with a glass of chilled white wine never disappoint. 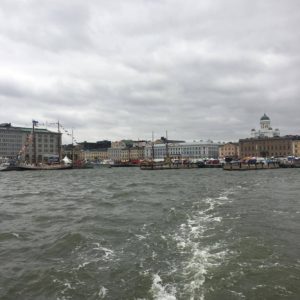 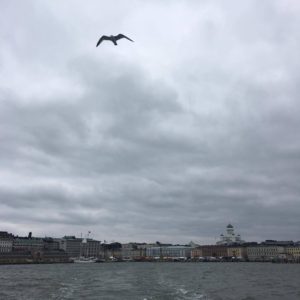 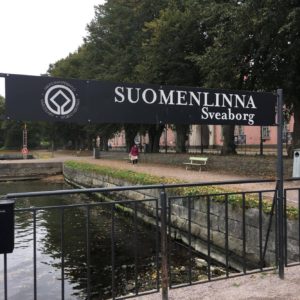 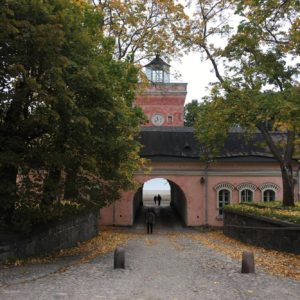 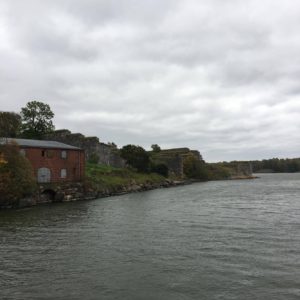 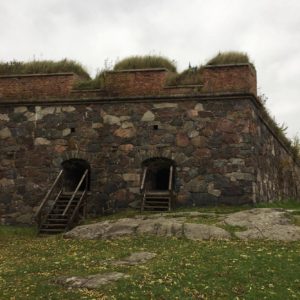 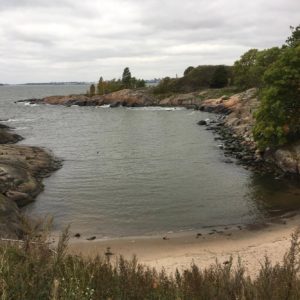 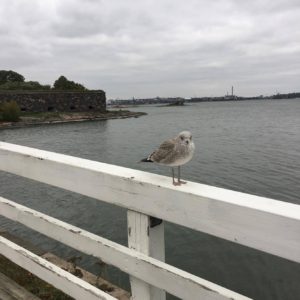 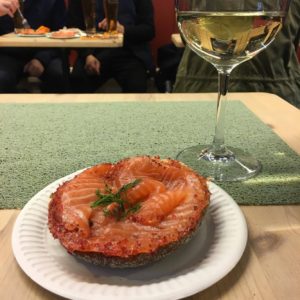 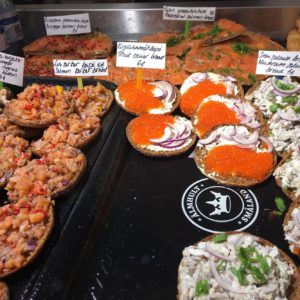 Even though I’m not especially religious I wanted to visit two religious-y places while in Helsinki so I walked over to the Temppeliaukio (rock church). I’d seen pictures of this church which is built into a rock wall and has a copper dome roof and a skylight that lets in natural light. Architecturally it’s a really cool building, and has a sense of peacefulness inside it once you get past the clicks of all the people taking pictures. The second place I wanted to visit was Kamppi Chapel- a chapel built for the sole purpose of silence in the middle of a busy shopping area. The building itself is iconic- it’s a very modern design and the inner sanctuary is curved and built to block out the outside noise. Of course interspersed between doing some sightseeing and walking in the brisk autumn air I was eating good food and drinking delicious wine. My first night there I had an amazing meal of fettuccine with prawns in a lobster butter sauce. So damn good. The next night I ate at a different Italian restaurant that had a mozzarella bar. Mozzarella cheese soaked in a bunch of different sauces or oil. Not very healthy but totally tasty. 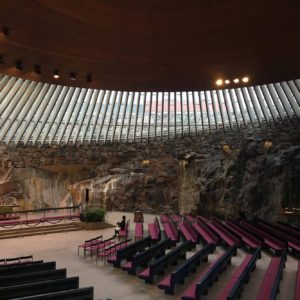 So that’s a quick 36 hours in Helsinki. Next blog post I’ll tell you about one of my new favourite cities: Tallinn Estonia. I’m currently writing this sitting on the couch of my bestfriend’s house in Seattle while she is baking some sweets for Thanksgiving. Next weekend I’ll be flying back to Saudi where I’ll be thru the Christmas holidays. No white Christmas for me. Happy Thanksgiving to my Yankee peeps!