Copenhagen, how I Love thee….. 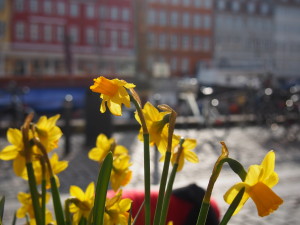 Where to start. I loved Copenhagen. Like seriously loved it, would move there in a second if I could find work there, kinda love. I spent 2 nights here, and most of that time was spend dreaming of what my life would be like if I lived there. Copenhagen had all the things I love about a big city- it was energetic, and clean, and cultured. It’s a very walkable city and as it’s built on the water. The waterways naturally add to its character.

Our hotel was situated a short walk from Nyhavn which is a super touristy row of colourful townhouses which house many bars and cafes along a waterway that’s full of large ships. To say it’s picturesque would be an understatement. We took a canal tour from here which sailed along the waterfront and down a couple of nearby canals. The architecture here is fascinating- it’s part modern meets 18th century factory buildings all rolled into one. We spent some time wandering near the Parliament- unfortunately the day we were there, there was some type of Islamic protest, so we steered clear. We walked to Christianshavn a nearby neighbourhood and climbed to the top of the spiral staircase at the Church of our Saviour. It had spectacular views of Copenhagen, but is definitely not for the faint of heart. There are 400 stairs to the top, the last 150 being a winding bunch outside. If you’re afraid of heights, just take it slow. If I was able to force myself up then I have no doubt that you can do it to. 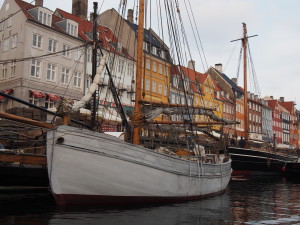 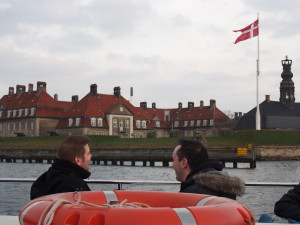 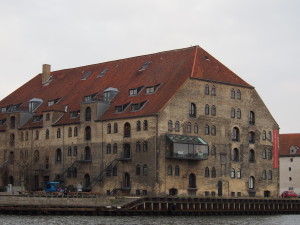 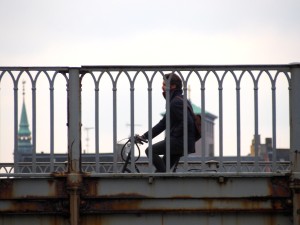 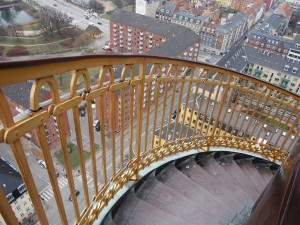 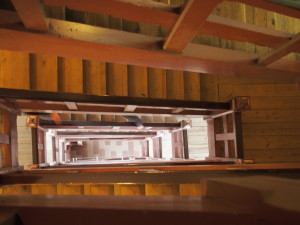 We spend an afternoon on a true urban adventure to find the Carlsberg factory. I’m pretty sure I’ve never gotten so lost as we did on this brewery hunt. First off, there is a museum in Copenhagen called the Ny Carlsberg Glyptotek. Don’t let the name fool you. This is NOT the Carlsberg factory. Nor is it any where near it. And if you happen to mistakenly go there, do not believe anyone who tells you that the factory is a 20 min walk from there. It is walkable, but only it you plan to walk all bloody day. Also if you think you’re a bit of a genious and hop on a local bus, and you ask the bus driver if this bus goes near the factory and he says yes, and 2 stops later he tells you that you’ve arrived, he quite likely is lying. If you ask 5 locals for directions and they all point in different ways, things are not looking up. So you will likely follow the most credible person, and after walking in the direction instructed you may or may not see a Carlsberg flag on an adjacent building. You may or may not high-five the people you are with, because by now you are really overdue for a cold beer. You might find yourself approaching said building, only to discover, that no, this is not the Carslberg factory, and that many, many buildings in the area have a Carlsberg flags. Crap. So ask directions again. Wander some more, and now you may or may not find yourself in an area with many Carlsberg flags, so things start to look up. And there are directions signs with the inscription “Visit Carlsberg” and as if to mock you, these signs are literally pointing in directions that you can’t go to because of construction. By now you will want to scream. Because its getting close to 4pm and they close at 5pm. So you may or may not find yourself climbing up a steep dirt embankment next to a skateboard park (coincidentally these skateboarders were drinking Carlsberg beer) and finally, finally, arriving at the factory. At 4:10pm. When the last tour was at 4pm. So then you may or may not tell a sob story to someone who works there, who at least gives you a coupon for a free beer. And you may or may not sit there sipping your free beer all the while trying to figure out how the hell you will get home. Or you may just decide to take a taxi directly there. That’s what I would do if I were you.

So there you have it. An eventful 2 days in Copenhagen. A city I have no doubt I will meet again. Likely sooner than later!! Happy travels…