During my week long stay in Bucharest Romania I took two day trips from the city. Tours can be easily made from any hotel, and there are a lot of options to see the surrounding Romanian countryside. The day tours were booked with 2 different tour companies, both of which were excellent.

The first tour I did was a 12 hour tour to Peles Castle and then into Transylvania to visit Dracula’s Castle (otherwise known as Bran Castle.) Peles Castle is located north of Bucharest about 90 min away in the Carpathian Mountains outside of the town of Sinaia. It was built by King Carol I whom I spoke of in my last post. He was the King under whom Romania gained its independence and who was much loved by the people. King Carol visited this mountain area, and is said to have fallen in love with the area as it reminded him of his native country of Germany. In 1873 construction of the castle was started. The castle was built in the Neo-Renaissance style and stands boldly against the nearby mountains. It’s an interesting mix of Gothic meets German architecture. The rooftop and towers were black and striking against the blue sky while the outside body of the palace resembled buildings I’ve seen in Bavaria. It’s quite a marvel to see. 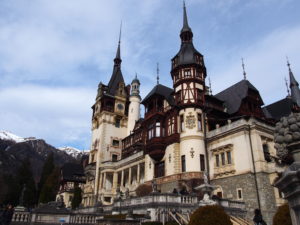 The outside garden area opens with a large fountain and has a lovely walkway that winds past the many sculptures that adorn the garden. I would imagine in the spring and summer it would be especially stunning. As it was still the end of winter when I visited nothing was in bloom yet, but the added bonus of visiting during the off season is that there were very few other visitors. The inside of the palace was immaculate. To visit the inside of the palace you must take a guided tour which was super interesting and told of the history of King Carol I and how the palace was designed. I took a ton of photos because each room had its own theme, and everything in the room was perfectly matched and ornate. There was a stunning spiral staircase, spectacular stained glass windows and intricately woven rugs. The armory had  an impressive display of weaponry and coats of arms. We toured the library, the music room and several of the themed rooms including the French Room, the Turkish Room and a room that had Moorish design. If you’re in Romania be sure to visit this Peles Castle! 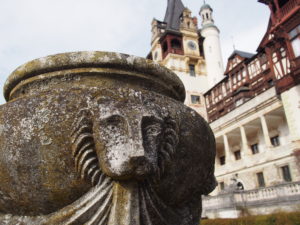 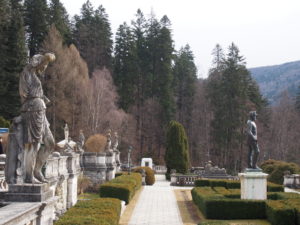 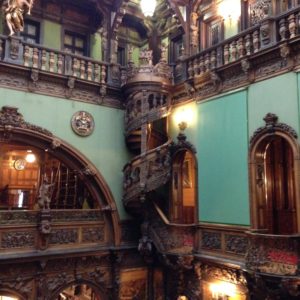 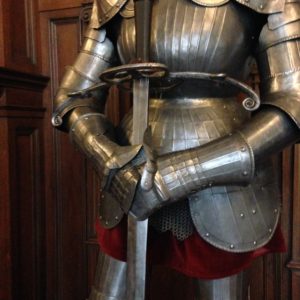 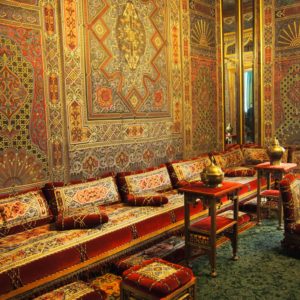 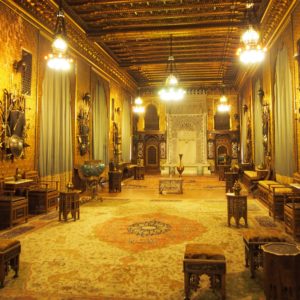 From Peles Castle we drove another hour to Bran Castle located on the border of Transylvania and Wallachia. This castle couldn’t be more different than Peles Castle. It’s much smaller in size, and much less ornate given it served as a fortress because of its position up on a cliff.  It was used in the 1400’s to defend against the Ottomans. The castle is known as Dracula’s Castle even though in actual fact it has nothing to do with Dracula. It got this name because it’s the only castle in Transylvania that matches Bram Stoker’s description of Dracula’s castle, even though he never actually visited Romania. Our day trip to Peles Castle and Bran Castle ended with a visit to the super cute town of Brasov. 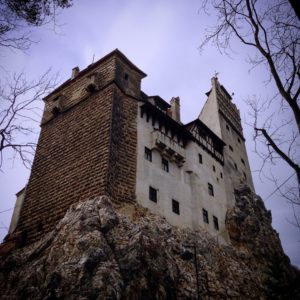 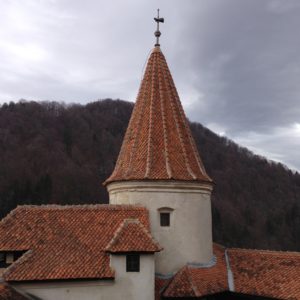 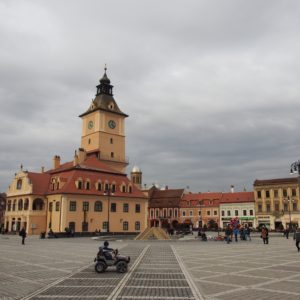 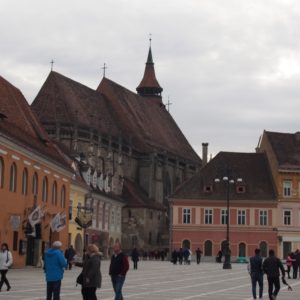 Our second day trip from Bucharest was into neighbouring Bulgaria. The border town of Ruse is about an hour from Bucharest just across the Danube River. It’s good to note that Bulgaria is part of the EU so if you don’t need a visa to get into the EU you won’t have any problems crossing the border. Neither Romania or Bulgaria is off the Euro though so you’ll need to change money at the border. There was a Chinese girl who was on the tour with us who didn’t require a visa for Bulgaria, but because her Romania visa was only a single entry she wouldn’t have been able to get back into Romania had she entered Bulgaria. This would’ve been good information for her to have known before joining the tour and getting stuck at the border until someone from the tour agency could come back and get her!

Crossing into Bulgaria was quite literally like crossing into another country. The border town of Ruse looked a lot poorer than the countryside of Romania. The buildings and cars were more run down. The language changed. Romanian is a Latin romance language whereas Bulgarian is a Slavic language with a Cyrillic alphabet making reading road signs difficult. Our first stop was to visit St Dimitrius Basarbovski Rock Monastery which is about 10km from the town of Ruse. The monastery was first mentioned in the 1400’s and is essentially 2 cave like rooms build into the rock of a cliff. The stairs are a little uneven on the climb up so wear good walking shoes. There are some beautiful Orthodox paintings on the front of one of the buildings, and inside there is an alter with candles and offerings of coins of photos brought by visitors. 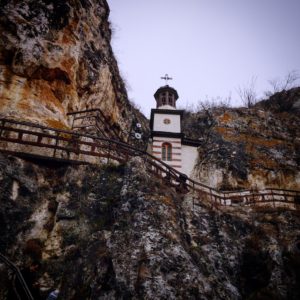 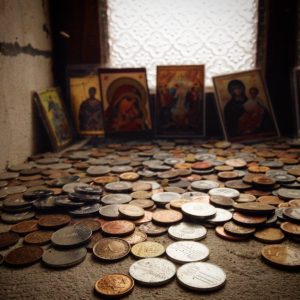 From the monastery we drove about 90 min to the town of Veliko Tarnovo which is located on the Yantra River. The old town sits up on a hill overlooking the river with the ruins of Tsarevets Fortress visible on the adjacent hill. The fortress was constructed in the 12th century and served as a stronghold until it was overtaken by the Ottomans in 1393 when it was subsequently burnt down. The site was then restored in the 1900’s. It’s a steep hike across the draw bridge up the hill to the reconstructed church called the Patriarchal Cathedral of the Holy Ascension of God. Try saying that 10 times fast! There are stunning views of the surrounding area from the church. The inside of the church is magnificent. The frescoes on the walls and ceilings are painted in a modernist style I’ve never seen in a church before. They were dark and captivating to look at. Very much worth the walk to the top of the fortress area. 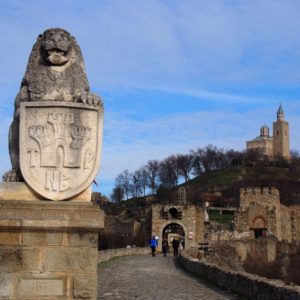 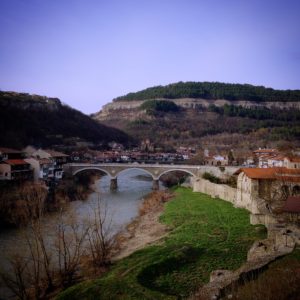 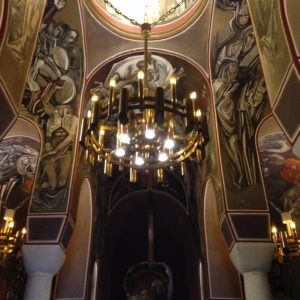 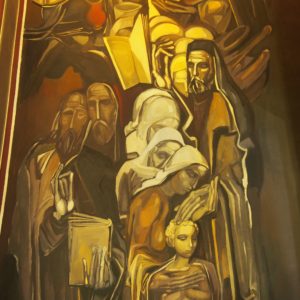 One of the most interesting things I learned on this day trip to Bulgaria was about the death and dying practices there. While driving thru towns and villages it is very common to see sheets of paper with black and white photos of people affixed to doors and gates. Our tour guide told us it was to notify people of the deceased. This practice is very specific to Bulgaria, as we didn’t see this in Romania at all. I’ve since done some research and these notices are called Necrologs. The first notice is issued immediately after a persons death to announce the person’s death and provide information regarding the funeral. Subsequent necrologs are often posted to the dead person to say how the family is suffering and to update the dead person as to events that have happened since they passed. Often the pictures on the necrolog are from the deceased persons ID or passport. Often the necrologs are signed at the end by the author. It was not uncommon to pass a house that had multiple necrologs fixed to the main gate. Personally, I find practices like this fascinating. 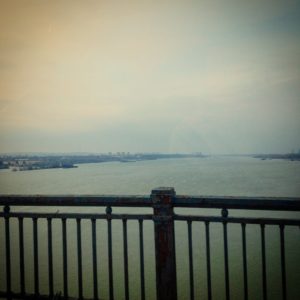 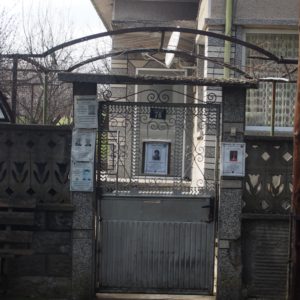 That wraps up my time in Romania. There is still much of the country I didn’t get to see but would’ve loved to. Alas, next time. Bulgaria was very different and being the first Slavic country I’ve been to it’s made me want to explore more. I’ve just recently returned from a trip to the Czech Republic and am planning a trip to Croatia and Slovenia in June so I’ll be seeing much more very soon.

Have you been to Romania or Bulgaria? What did you think??