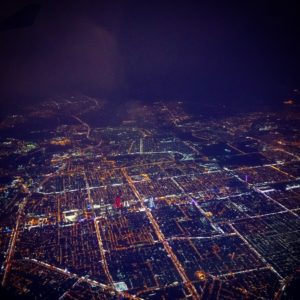 Well. Where has the time gone? I’ve been a very bad blogger as of late. I arrived back on Saudi Arabian soil on the 2nd of February and its been a whirlwind of embassy parties, overcoming jetlag, catching up with old friends over dinners out, and settling back into my old job. This past weekend was the first set of days off where I finally feel like I’ve gotten caught up on sleep. In fact it felt so strange having a day of downtime that the very unfamiliar feeling of being a little lonely crept in, which is not an emotion I’m very well acquainted with. While my body desperately needed some downtime my mind wasn’t quite on board. Thankfully, that uneasy feeling quickly passed!

So what have I been up to since my return? I arrived late on a Wednesday night to my housing unit. When I left Saudi I was in single housing, but this time I’m in a different building sharing with an American girl who arrived a few months ago. I spent the following day running around with my lovely driver Joseph who is a  very dear person here in Saudi for me. We had to visit 3 different stores in order to get my internet reinstated which was priority numero uno for me, and then did a little grocery shopping. Then it was nap time because jet lag is the worst. That first weekend passed with a night out at the American embassy with friends and then a party in the Diplomatic Quarters. One surprising thing about life in Saudi Arabia is that the social scene is anything but dull. The next week involved updating my medical, reopening my bank account, getting a photo shoot for my hospital ID, getting sized for our super sexy white scrubs  and various other work related things. I started work back on my unit. The following weekend was pretty much a repeat of that first weekend. 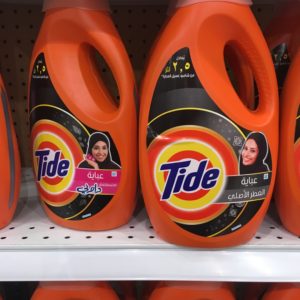 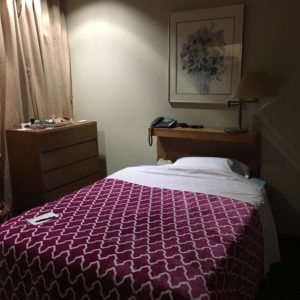 My Arabian return happened to coincide with the Janadriyah festival. This festival is a yearly event in February that is one of my most favourite things to do here. It’s a huge cultural festival with arts, food and local dancers (males only). It’s similar to a county fair in the U.S. minus the rides and beer garden, and where everyone is dressed in traditional Arabian attire. So it’s basically a sea of black and white as far as the eye can see. It has a very jovial feel and the local Saudis are super friendly and it’s a very merry time. I love it a lot and so I dragged a couple girls from work with me. The really great thing about the festival for me is that taking pictures is allowed. Obviously, this means being careful about taking pictures of women, but nobody seems to mind! 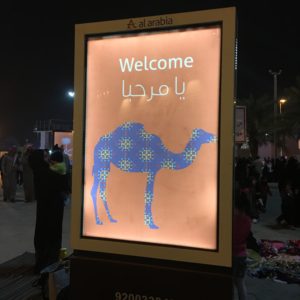 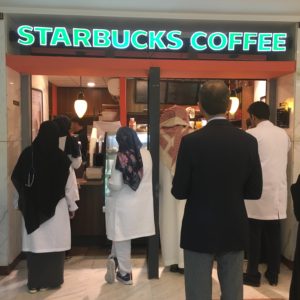 Adjusting back to life in Saudi hasn’t been too terribly hard. I’m very familiar with how things work here, and the cultural differences are less jarring the more one is exposed to them. I’m lucky enough to have several friends that are still here which also makes things easier. It is weird for me being here without my kiwi sidekick though- I think I underestimated just how much I relied on her before. Work is work. It was strange returning after having over 5 months off, but after a handful of orientation shifts things fell back into place. I’m still working on a VIP floor that looks after members of the Saudi royal family and other important people. The patient population has definitely changed since I first arrived here in 2010- the patients are much sicker than they were back then, and while our patients do end up staying in the hospital much longer than they would back home (often by personal choice) gone are the days of people admitting themselves to the hospital over a hangnail or sprained ankle (true story).

So that’s pretty much the latest. By some complete stroke of luck I’ve managed to get a ticket to the Irish embassy for St Pats. That might be a bigger deal than that one time I had my birthday party at the Canadian embassy a couple years ago!! So this upcoming weekend is filled with celebrating with the Irish, steak night with the Americans and of course work.  As always I’ve got a long to-do list of things I want to do here including seeing the horse races which end at they end of this month. There’s also an upcoming camel beauty competition but it’s rumored to only be for males attendees. Oh how males get to have all the fun in this country! I also want to plan a couple overnight trips to other parts of Saudi Arabia before the weather gets too hot. Last weekend there was a food festival at the French embassy that showcased local foods from France, Belgium, Cameroon, the Ivory Coast, and few others that I can’t recall off the top of my head. It was one of those events where you could easily forget that you were even in Saudi Arabia. A couple weekends ago I met up with a walking group and we walked the 12km track around the Diplomatic Quarter which had me reminiscing my Camino walking days from this past fall. So apart from embassy gigs there’s still a ton of things to keep ex-pats busy in Saudi Arabia. The important thing is to be motivated enough to take part! 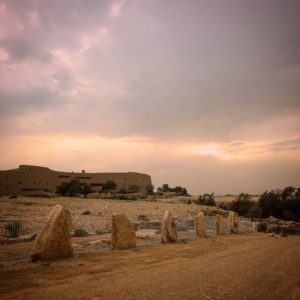 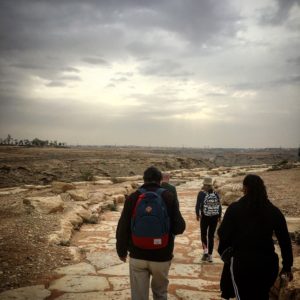 I promise to do my best to get back into a blogging routine. I still have so much to write about from Pops and my Camino experience, and my winter in Paris, Amsterdam and Iceland. I’m trying to find a better balance between being social and also needing time alone to write and reflect. Thanks for being patient with me!