I’m not going to claim that I’m an expert on travel in the Middle East, but I sort of am. Self proclaimed of course. To count I’ve traveled within Turkey, Lebanon, Syria, Jordan, Egypt, Saudi Arabia, Bahrain, the UAE, Qatar and Oman. Even though I would love to go to Israel I have not yet been as having an Israeli stamp in one’s passport can create numerous problems traveling to the above countries I’ve mentioned. For security reasons I have not been to Iraq, Afghanistan or Yemen. I’m planning a weekend trip to Kuwait this spring and I’m super excited as I’ve just booked a trip to Iran in April. I’ve wanted to visit Iran for years and decided this spring was the time to do it. So anyways that’s where I’ve been. I thought I would share with you some of my favourite places in the Middle East, as it is a truly fascinating area of the world, and even though there are safety issues I still think if you have the means and curiosity you should go. Originally I was going to post this as one long post, but after seeing how long it actually was when I finished I’ve broken it into 2 parts. Enjoy!

It’s no surprise that Petra Jordan is at the top of my Middle East travel list. It’s an amazing place, and a huge site well worth exploring. Also in terms of getting out of your comfort zone Jordan is a really easy country in the Middle East to explore. There are a lot of tourists, and the infrastructure is great. Also I’d say it’s pretty safe. Petra is Jordan’s #1 tourist site and has been the site of many movies- most famously Indiana Jones. The actual site dates from the Nabataeans who established Petra as their capital sometime in the early 5th century BC. The site is massive and you could easily spend an entire day exploring. The walk up to the site itself winds thru rock passages that are narrow but open up into an impressive view of the treasury. It’s best to go first thing when it opens at 6am when the temperatures are cooler and the tour buses haven’t yet rolled in. Once the tour buses arrive it can turn into a real shit show, and as you can imagine the summer months the temperatures are very high and there isn’t much shade. I went in October and even though it was cooler I remember being a sweaty mess by the time we left in the afternoon. My favourite place there was exploring the Monastery on the top. It’s a pretty steep hike, but you could take the lazy but more terrifying option like I did and ride a donkey. The paths are narrow and mine kept losing his footing so I had very vivid thoughts of flying over the side of the cliff and the donkey landing on top of me. It was pretty satisfying though passing all the other tourists who looked like they were seconds from passing out or giving up on the climb as we limbered past fanning ourselves on the back of a donkey. We didn’t have a chance to visit Petra at night. It takes place on Monday, Wednesday and Thursday night and the Treasury is lit up by candlelight. I’ve seen photos and it looks pretty awesome. 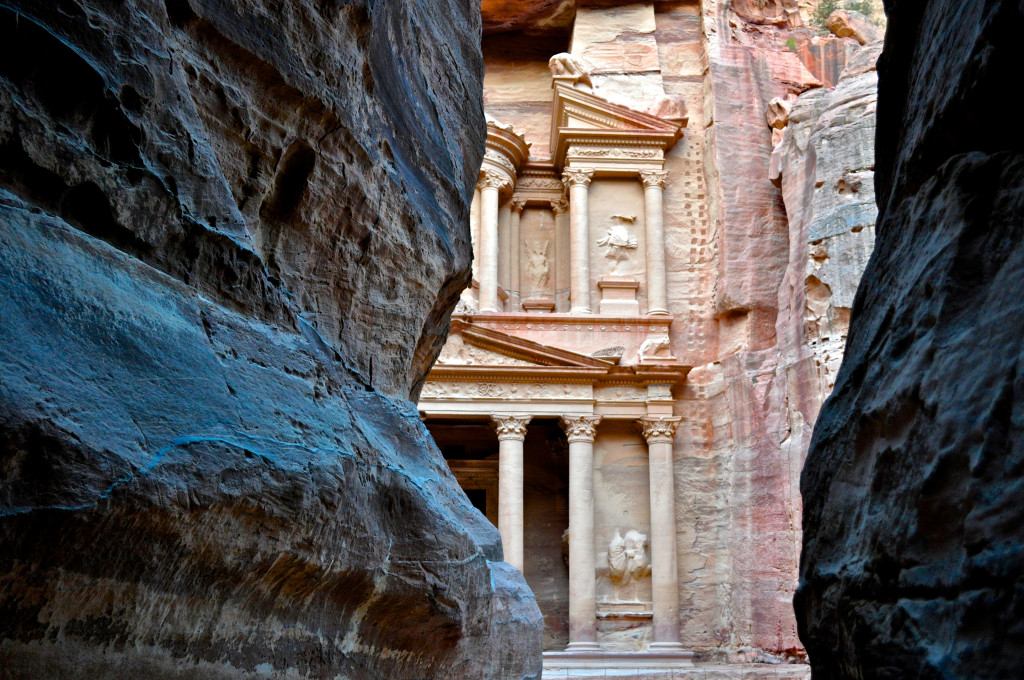 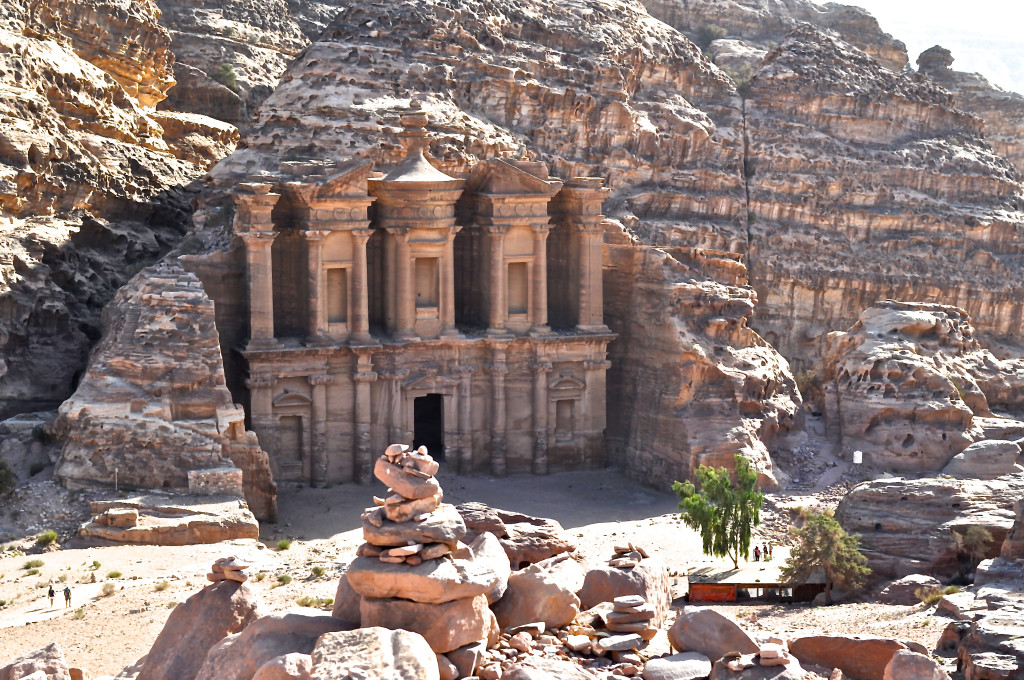 I’ve already blogged about my visit to Mada’in Saleh, the sister city to Petra in the northwest of Saudi Arabia. Truth be told it’s one of the coolest places I’ve ever visited, mostly because it was devoid of tourists. It’s a little unfair that I’ve added it to this list as the only hope you have of seeing it is if you find yourself working in Saudi as they aren’t currently issuing tourist visas. I wanted to include it though because a lot of my readers are ex-pats in Saudi or people considering taking a job in Saudi and those are the people that should be booking their flights to Al Ula immediately to see this site. It’s more spread out than Petra and you’ll need a guide and driver to see it all. You can read what I previously wrote about it here….. 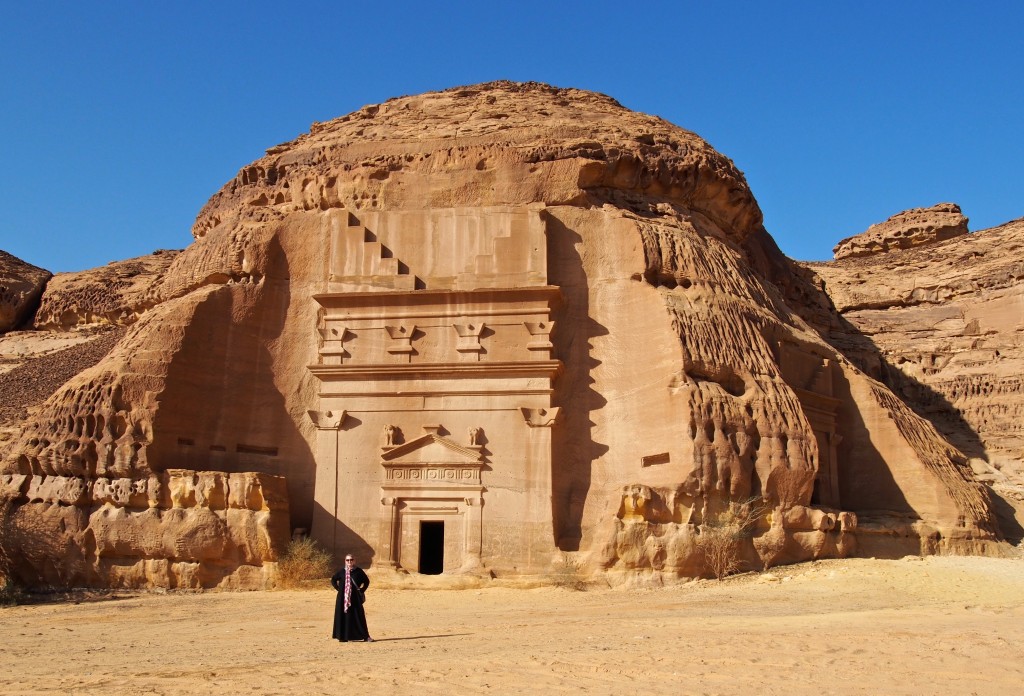 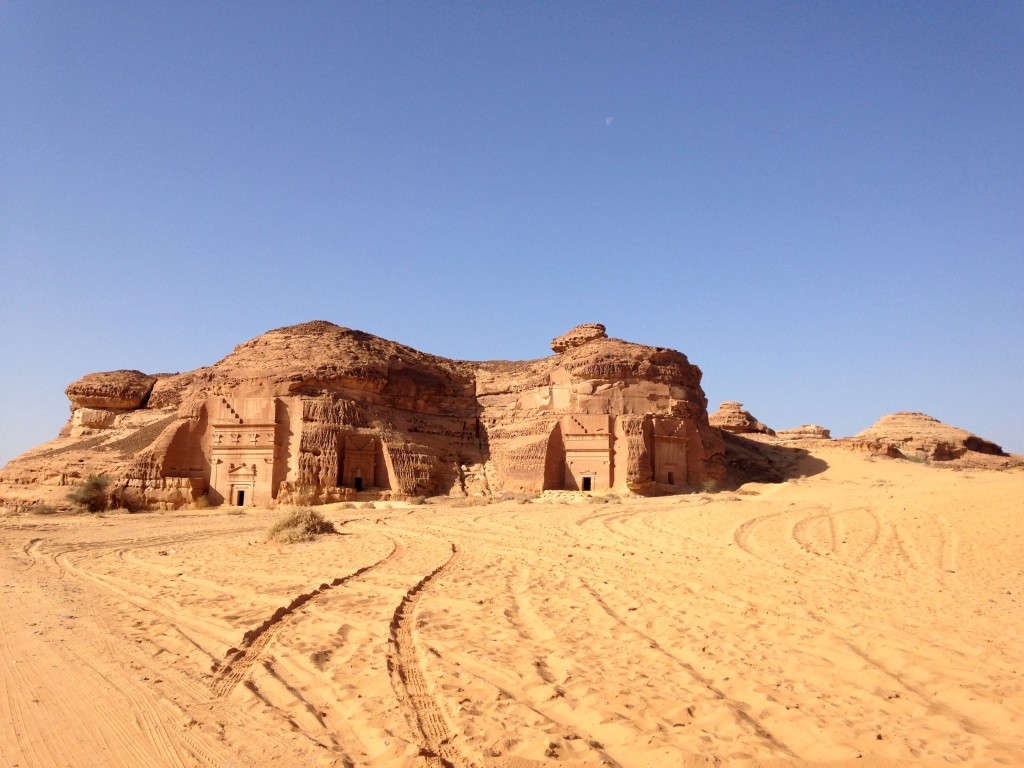 Baalbek is located in the Beqaa valley in northern Lebanon  in an area that used to belong to Syria and is the homeland of Hezbollah. I have to admit it had a very different feel than being in Beirut and I remember there were a ton of billboards with the faces of martyrs on them, which was a little unsettling. Baalbek is one of the best preserved Roman ruins in Lebanon and well worth a visit. We did a day trip from Beirut with a stop- off at Ksara winery which was a great way to end the day. Baalbek is a sister site of the Roman ruins at Palmyra in Syria. Construction on the temple of Juniper is thought to have started around 15BC. This temple is the central point of the Baalbek site and is very impressive as you can see. 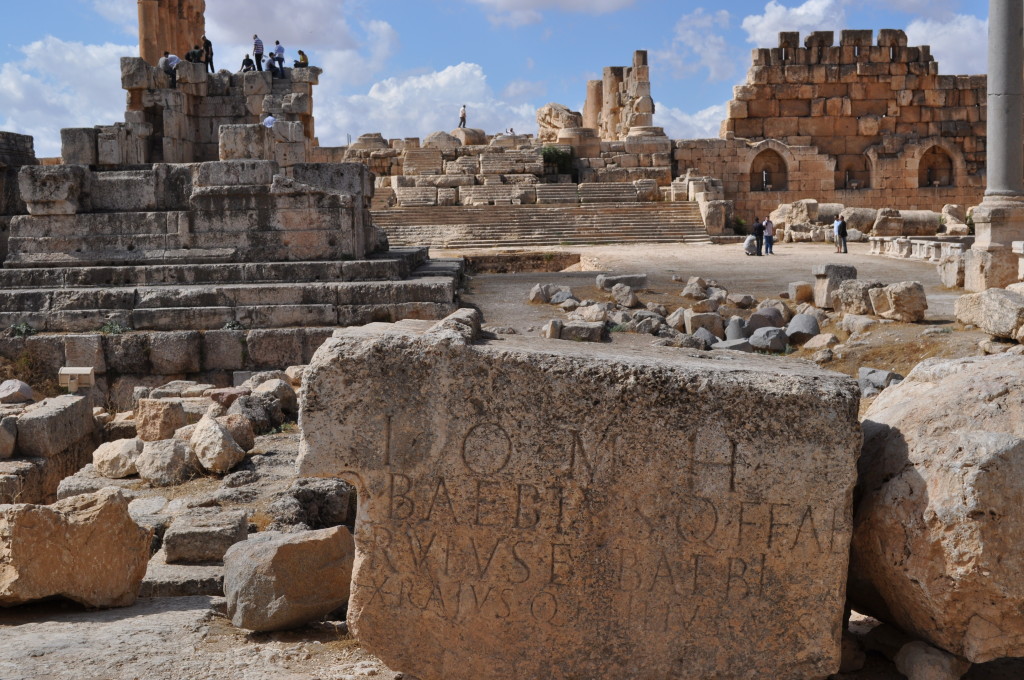 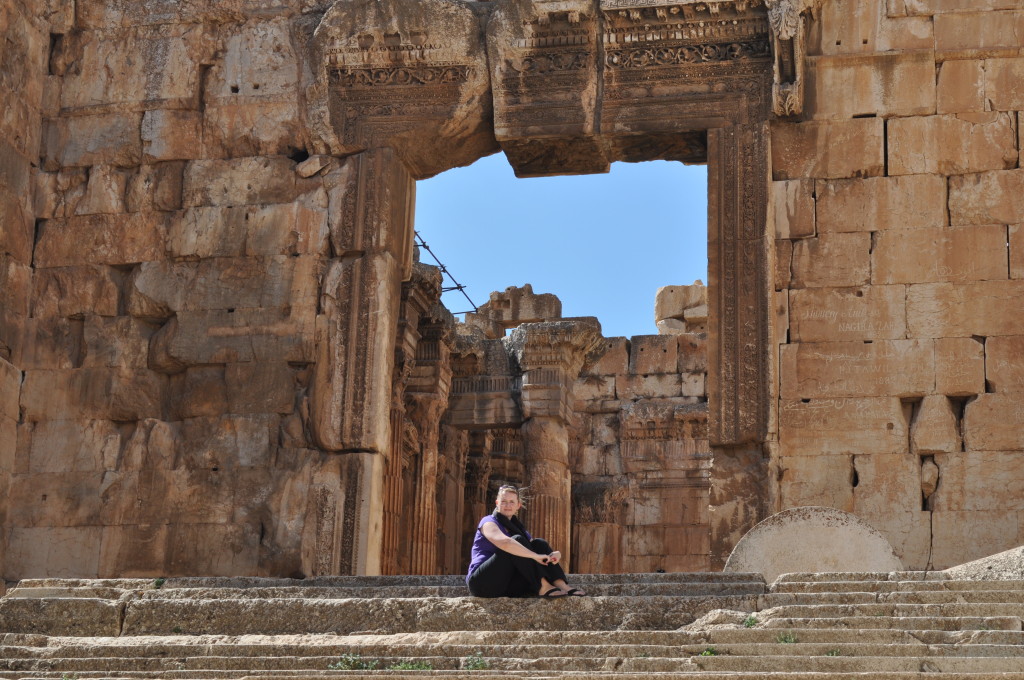 Cappadocia is kinda an awkward meeting of Flintstone’s prehistoric era meets phallic rock formations. It’s strange but very picturesque. If you’re going, do yourself a favor and book to stay at one of the many cave hotels. You would be insane not to, because where else are you going to sleep in a luxury cave dwelling. When you go I would give yourself a few days to explore. There’s lots of hiking to be done in the area, and the area is scattered with underground old cities and above ground open air churches. Many of the churches are from the Byzantine era and the paintings in them are often very well preserved, except that many of the eyes or faces have been vandalized as they were seen as idol worship when Islam was brought to the region. The churches were largely abandoned in the population exchange between Turkey and Greece in 1923. The other thing you should make sure to do is splurge and treat yourself to an early morning hot-air balloon ride. Just do it. You’ll be awestruck by the beauty of the countryside below and it’s one of those once in a lifetime experiences. I loved it, and am even considering going back this winter as I would love to see what Cappadocia looks like covered in snow. I’m sure it looks magical. 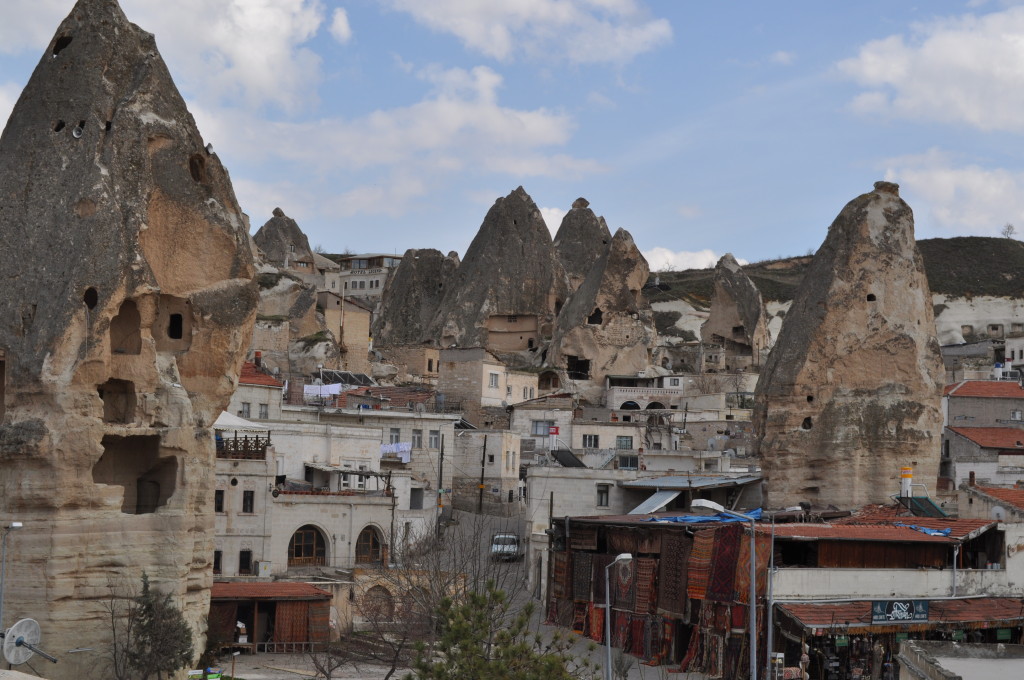 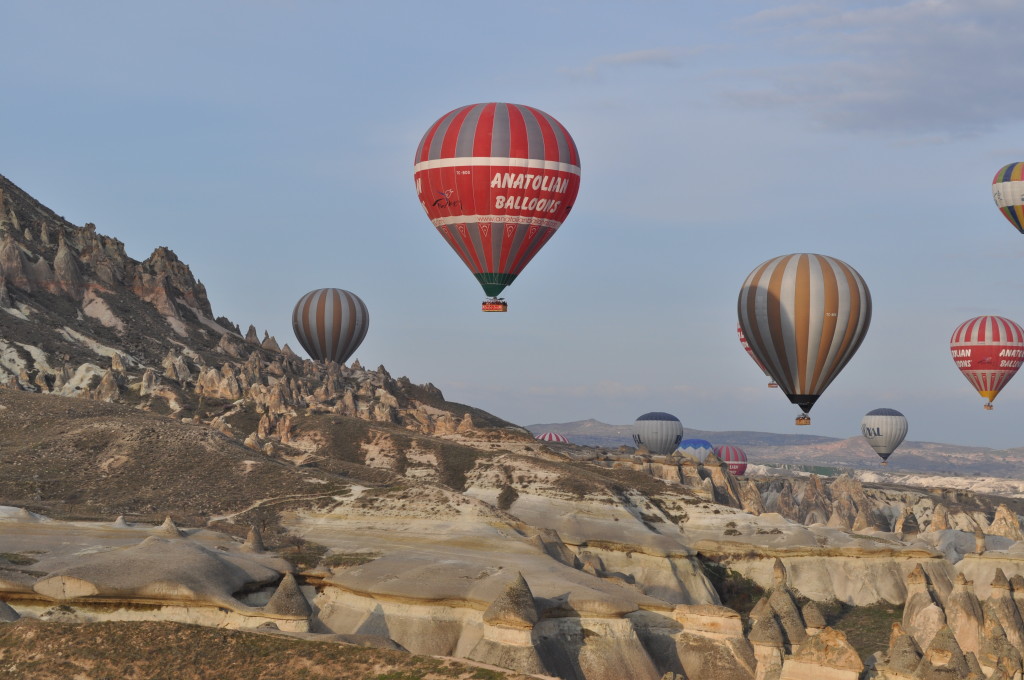 5. The Dead Sea, Jordan or Israel

It’s not often you get into a body of water and come out of it dirtier than you were when you went in, but such is a swim in the Dead Sea. It’s the lowest point on earth and reported to have the highest salt content of any other body of water. It’s almost 10x more salty than the ocean. It’s an experience going for a dip in it because due to the mineral salt content it makes you super buoyant. So you stroll down to the water edge and try to walk in and by the time the water reaches part way up your legs you lose your footing and will end up on your back. It’s a really bizarre experience, but worth going none the less. Don’t make the same mistake and shave your legs ladies before you go, because trust me. Salt stings something fierce and you’ll regret it straight away. There are a bunch of luxury resorts dotting the Jordanian side of the Dead Sea. I stayed at the Movenpick which was fancy and lovely. They also had a fabulous infinity pool. 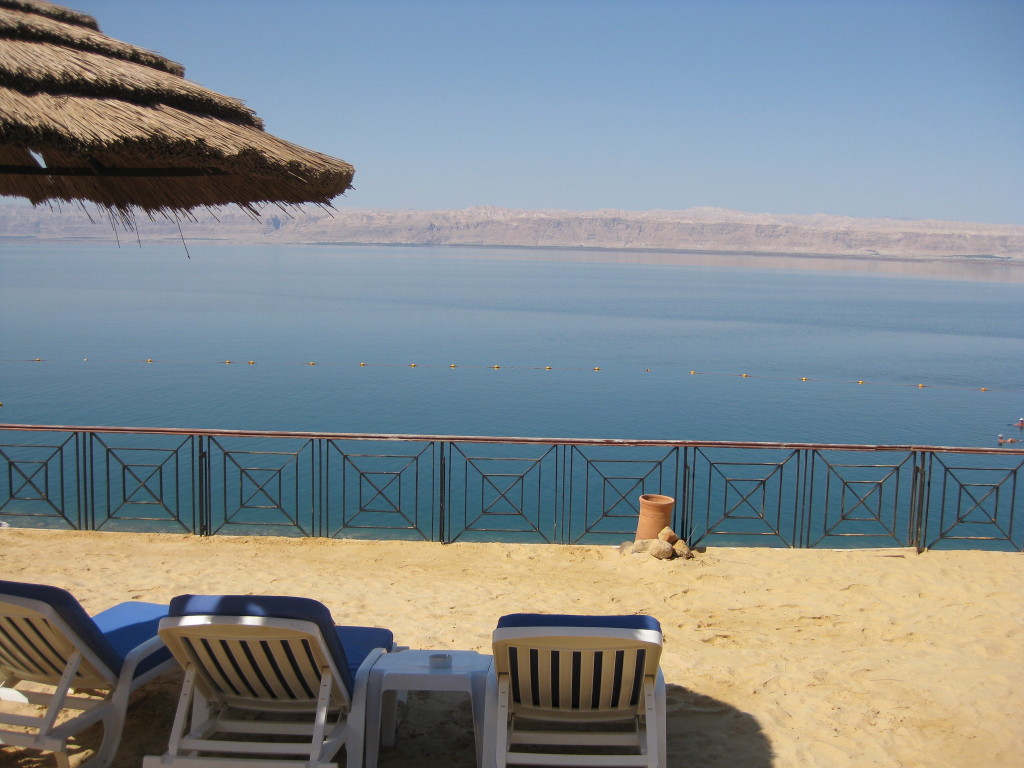 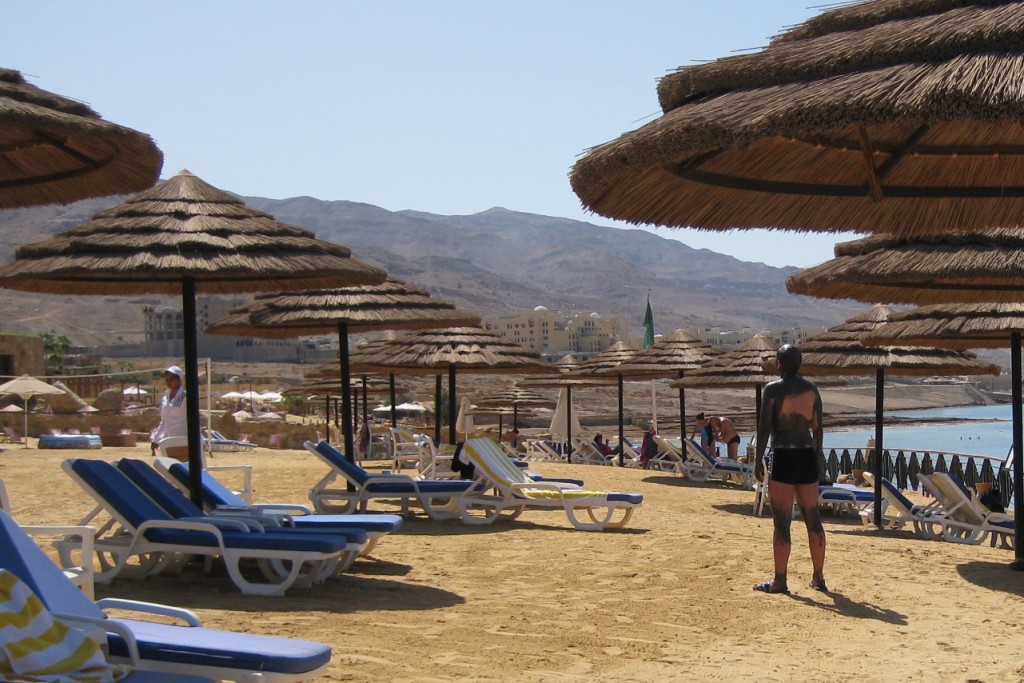 The second part of my list will come out later in the week……inshallah….