Back in February I spent a week in Romania to ring in my kiwi sidekicks birthday. This trip came about from a little game I like to play called “where can we fly for the cheapest price.” Ding ding- we have a winner. Bucharest Romania it is. I knew next to nothing about Romania, apart from its Communist history, gypsies and Dracula. Thankfully, after spending a week there I’m here to rave to you about how awesome Bucharest is and what you should see when you go there. Bucharest was a really cool city to explore. Its got a very urban feel to it, most people spoke English, and the local people were extremely friendly. Most of our time was spent exploring the city, visiting the many wine bars, and eating good food. We took 2 different day trips outside of the city which I will tell you about in a later post.

So before you pack your bags for Bucharest Romania here are a few things you should know before you go. Romania has a pretty sorted past. Parts of the country and then eventually all of the country were under Turkish rule thru the 16th to 18th centuries. In 1866 a German prince was smuggled into the country via Switzerland arriving in Romania via boat as there was no train at that time. He would go on to become King Carol the first King of Romania. He was crucial in the modernization and development of Romania. In 1877 Romania gained its independence from Turkey. After World War 1 Romania was able to again acquire Transylvania as it had been lost to Hungary. In the Second World War Romania was aligned with Germany, but Romania ended up losing much of the territory it had acquired after the First World War. Later in the war Romania would end up changing sides and fought against Germany and Transylvania was reacquired. In 1965 Nicolae Ceausescu took over power and this is where Romania’s communist history kicks in. The country entered a period of repression until he was overthrown and then shot in 1989. Romania is a member of the EU, and today is moving past it’s communist history.

So what is there to see you ask?? Bucharest is an architectural marvel. There is an interesting mix of French Art Nouveau buildings juxtapositioned against the newer drab Communist era buildings. In 1977 Romania had a massive earthquake that resulted in extensive damage especially to the older multi-leveled buildings in Bucharest. The facades of the older buildings are beautiful and adorned with statues. Some of the buildings have been maintained, and others have fallen into a state of disrepair. We found a really cool tour group in Bucharest called Interesting Times. They offer a bunch of unique tours- some were food tours, or photo tours, but the one I was really psyched about was called “Beautiful Decay.” We had a guide take us to some of the abandoned places in the city. We ended up visiting a house that was in the process of being restored by the Institute of Archaeology and an old abandoned factory site. This was a real highlight of the trip for me- I love walking the streets of a city while learning about its history. It was also a great way to take in Bucharest’s urban art scene. It’s a mecca for graffiti art which adds surprising bursts of colour throughout the city. 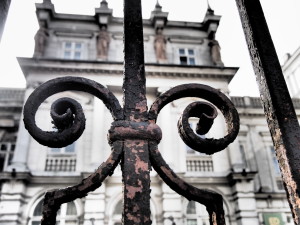 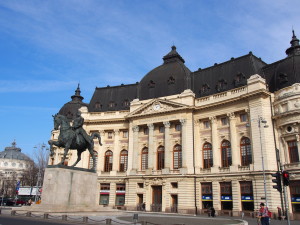 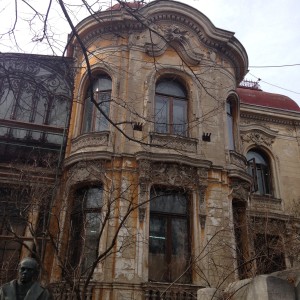 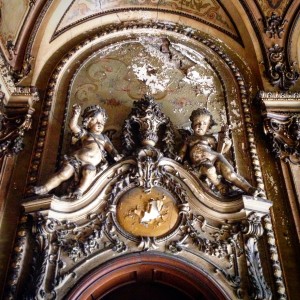 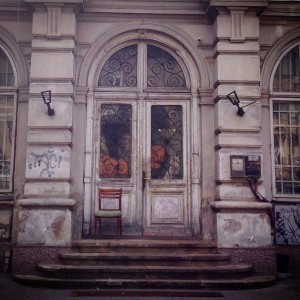 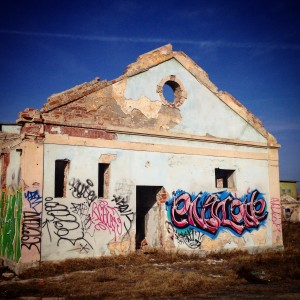 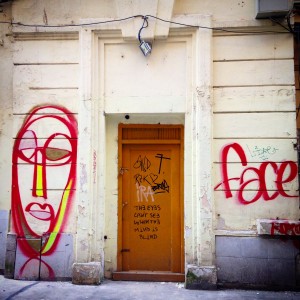 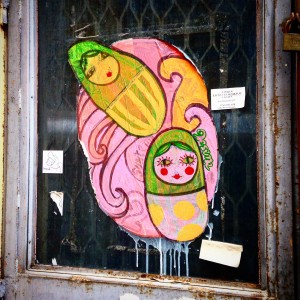 While walking in the Old City you will end up stumbling across many of the Hidden Churches for which Bucharest is known for. There are Orthodox churches scattered throughout the city- some down alleys, in small squares and one hidden behind a Pizza Hut. They were very cool to explore as many are still very colourfully painted. I had the fortune to stumble into the Stavropoleos Monastery at sunset and witnessed a group of nuns reading from an old Bible and singing hymns. It was a serenely private experience. 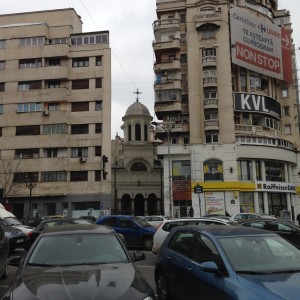 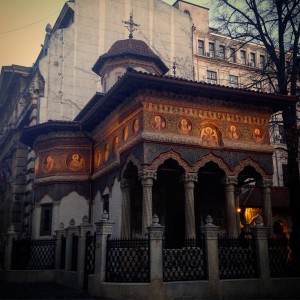 A trip to Bucharest isn’t complete without a visit to The Palace of the Parliament. It is reportedly the 2nd largest government building in the world after the Pentagon in Washington DC. It was completed in 1994 and took 10 years to build. Many of the rooms are today not in use but there are over 1000 rooms. There were 700 architects who worked on the building with a team of 20000 workers. It’s estimated that some 3000 workers died during the building phase. You can tour a very small section of the building as part of a guided tour. Tours are offered in several languages, and you must have your passport present to visit. As it is still a functioning government building you must go through airport style security prior to your tour. If you arrive early you can sip a crisp beer from the concession stand in the lobby. The building is elegant, with marble from floor to ceiling, but has a kindof sterile feel to it. The rooms depict a period past- resembling palaces from a century or two earlier and not something that was build only 20 years ago. Still though, it’s worth a visit. 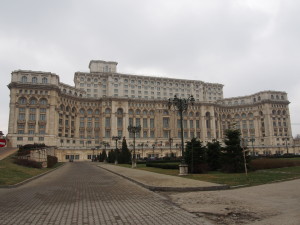 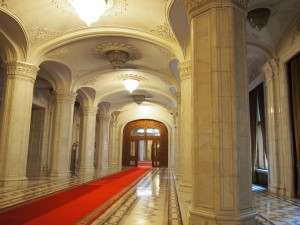 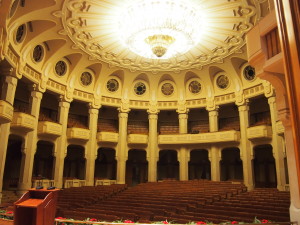 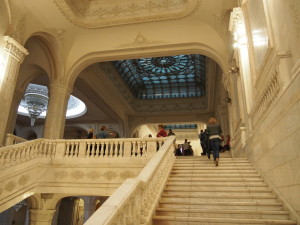 We spent part of the day visiting Therme a huge wellness complex with several heated pools about 10km outside of Bucharest. It’s a relatively new venture, and so there are some kinks that need to be ironed out, but it’s a great way to unwind. Especially when the weather is cold. There are different packages depending on what you want to do, and there is a kids area with a wave pool and water slides. We booked the package that also allowed us to use the different temperature saunas upstairs. Downstairs there’s an indoor and outdoor thermal pool, with 3 aromatherapy pools, and poolside bars and a restaurant. You can rent towels or robes there, so no need to pack your own. Therme is a great way to unwind after a couple busy days of traveling. 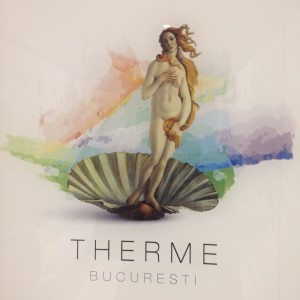 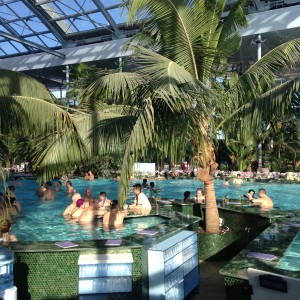 That pretty much wraps up our time in Romania. We did do 2 long day trips during the week that we were there. One through the Romanian countryside, and one to neighbouring Bulgaria. I’ll tell you about both of them next time!!

Have you been to Bucharest Romania? What were the highlights for you?