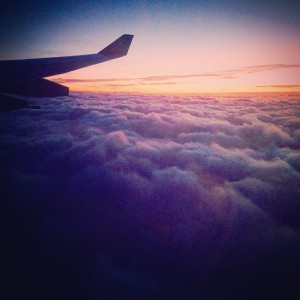 It feels like the world is quickly becoming a scary place. The attacks in Paris and Istanbul and most recently in Brussels distort our perceptions of safety. They make us question our security. They add fuel to the political power of the Donald Trumps of the world who want to box us in and want us to feel that it is dangerous to leave one’s own country. That the safest thing to do is to isolate ourselves. To only mix with those who are the same as us; same language, religion, and culture. Makes us feel as though the other or that which is different from us is dangerous. For me however; travel has always been about taking calculated risk. I would never knowingly put myself in danger. Yet, I’m comfortable with being uncomfortable and am ok with changing plans last minute if need be.

Right before Arab Springs happened I traveled thru Jordan, Syria, and Lebanon. The months leading up to that trip my travel mate and I had discussed back up plans. The Middle East has a long history of instability, and I think it’s a good idea to have alternate plans in place in the event the security situation changes. Thankfully, we traveled by ground from Jordan into Syria and then into Lebanon without incident. 2 years ago I traveled to Bangladesh from Nepal. At that time the situation in Dhaka was unpredictable and my travel partner and I also had back up plans and tried to stay up to date on the security situation. We assessed the information that was available and took the calculated risk of going. Little did we know that we ended up flying in the night before a planned city wide strike and ended up on a self imposed “Lock down” in our hotel after getting information from our embassies telling us it was inadvisable to go out that day. But the following day (and the rest of our trip) was without incidence.

This month I was supposed to travel to Iran with my Yankee bestie. We booked the trip around Christmas, and at that time I had thought it would be super easy for me to get a Iranian visa as there was an Iranian embassy here in Riyadh. Notice how I said was. In early January there was a severing of diplomatic ties between Iran and Saudi and the embassy closed, as did the Iranian embassy in some of the neighbouring countries. This now made getting a visa much more difficult for me and would have involved a trip to Dubai or Abu Dhabi for me to try and apply. And seeing as my passport was issued to me here in Riyadh so basically I have a Canadian passport but the issuing authority says Riyadh, we weighed our options and decided to postpone the trip until later in the year when I’m not living in Saudi, and it will be easier for me to get a visa. Sometimes you take the risk, and sometimes you decide the risk might not be worth it.

This leads me to my upcoming trip. I’ve blogged before about how I really wanted to see the parts of Egypt that I’ve missed before I leave the Middle East. When we postponed the Iran trip I toyed around with going to Egypt for the 12 days I have off later this month. Then my mom decided to join me. After much thought and consideration, and weighing our options I decided that right now just isn’t the time. There are many parts of the Middle East that I feel are safe right now. I would recommend the UAE, Jordan, Oman, Bahrain as a few such places. Then there are other places where I feel like things could be brewing, or places that I don’t want to take the risk. I’m not saying not to go there, I’m just saying I’m a little more cautions when it comes to places like Egypt, Turkey or Lebanon. For me there’s a different undercurrent to these countries, and there has been recent terrorist activity. And obviously, I’m not meaning that those countries are entirely unsafe- the resort town of Sharm on the Sinai peninsula is still considered to be safe. Again it’s about taking calculated risk. For me, right now just isn’t the right time. So instead I’ll be meeting my mom in Munich and we’ll be taking the train to Austria, into Czech Republic then to Slovakia and back to Munich.

For me though, avoiding travel altogether is never an option. I can’t listen to the Trumps of the world who want us isolated. Who want us to stick with our own kind. For me, humankind is my own kind and I can’t imagine a life that doesn’t include traveling and learning from people of different skin colour, who may speak a different language or practice a different religion. I’ve blogged pretty extensively about my love of traveling, and how travel makes me grow as a person, and ultimately has made me a better, more compassionate person. And so I will continue to travel while taking calculated risk. I sure hope you do as well…..