So last month I moved into private accommodations. Most of the housing provided at my hospital is shared housing with another nurse. For my first 3 months here they were replacing the elevators which just so happened to be behind the wall that my headboard was against. The sound of drilling and banging does not lull one to sleep, and so subsequently I was pretty sleep deprived my first few months here. The last time I lived here I was in a different complex where the 2 bedrooms were on opposite sides of the apartment with the common areas in between. In that set-up noise was never an issue. The apartment I just moved out of was of a very different design, one that had both rooms up against each other. So, if you and your roommate were on different schedules it could be very disruptive. Luckily, I was able to get single housing.

Housing here is included as part of our work contract. It has everything you need, but it’s still pretty dated and basic. I intend to do a comparison blog post between the housing offered to male ex-pats (granted they are not nurses) to highlight the vast differences in housing and lifestyle! So anyways, I moved into a very large apartment complex. All the apartments are studio apartments with a bit of a kitchenette/hotel type feel. The kitchen in the unit I’m in is a throwback to most people’s college days. No stove or oven, but a double burner hot plate. No dishwasher, but to be honest I don’t really have enough dishes to justify needing a dishwasher. I have a sink with a faucet that has the pressure of a fireman’s hose which really gets my dishes clean, while soaking me in the process. Then I have this microwave/convection oven thingy that terrifies me a bit. I get the microwave bit, but am scared of using if for anything else. It’s like those washer/dryer combo thingy’s in Europe. It’s like magic, and my brain can’t comprehend how it is capable of 2 very different functions. The kitchen opens into the living room/bedroom/office and from there it’s just a hop skip and a teeny jump to the bathroom. I also have a teeny standing room only balcony that overlooks the pool. 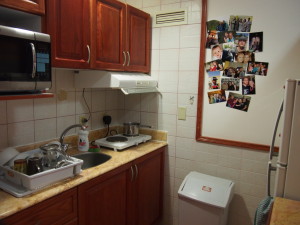 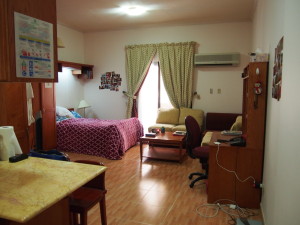 Don’t get me wrong- I’m not complaining about the housing. It’s perfectly fine, and with many things in life it could be both worse and better. I have AC and access to a fully stocked gym, and several of my friends and co-workers also live in this building making it very convenient. And the best part is that it’s entirely my own space! 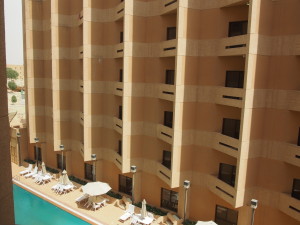 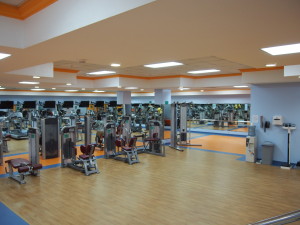 By comparison though, after spending the better part of a decade working as a travel nurse in the US and having my housing included in my work package this is on the opposite end of the spectrum. I have very fond memories of my most favourite apartment in North Beach, San Francisco, with parking, and a pool, and a huge balcony overlooking Alcatraz. Man, those where the days!! 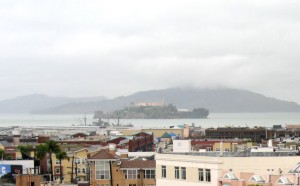 The National Museum of Saudi Arabia