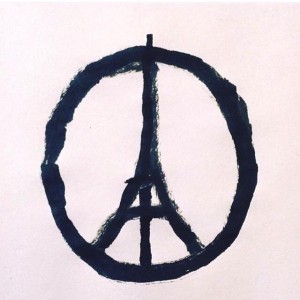 I’ve taken a bit of a break from blogging the last couple weeks. I’ve been angry. Things have been churning inside me for the last couple months as I attempted to make sense of the many numerous negative comments and shared images that have been flooding my Facebook news feed. Last month and the month before they mostly had to do with Canadian and American politics, and the European issue with what to do about the refugee crisis. Many status updates and shared links I read were straight-up racist, bigoted, and spoke to the narrow mindedness of people. I read them and let the comments stew inside me. You see I have mixed emotions. I see the world in a global view where every human being is equal. Maybe that sounds naive, but it’s how I interact with others. I am not better, nor am I less than you. I felt conflicted as one of the things that I deeply love about being Canadian is how multicultural Canada is. That to be “Canadian” does not mean you have white skin. We are a broad mix of colours and religions and backgrounds. In my opinion it’s what makes Canada so great. But, at the same time I also believe that if people want to come to Canada they have to follow our laws, learn to speak English and/or French, and that they have to be accepting of our beliefs and freedoms.

Many of the comments and shared links I read had to do with the shared idea that “We shouldn’t help refugees until we help our own people.” Our own people. Yet, this left me wondering if the people who share comments like that are in fact helping our own people. Are they going out of their way to help their neighbour, or the elderly, or that homeless war vet down the street as their message preaches. Are they? Sadly, I’m doubtful of this. Because I don’t even really think the issue is about helping. I think it’s about fear, and changing the imaginary “face” of how they see Canada.

This week Paris was the scene of a horrific terror attack. As was Beirut. And I’ve seen a huge increase in the awful comments about Muslims, and about closing borders, and about the unfairness of the attention the Paris attacks received as compared to Beirut or Baghdad. And again my emotions stewed. And I became more angry. Angry at the people who commit these attacks, but also at the people who lump all Muslims into one category. To paraphrase some of what I’ve read “A Muslim = A Terrorist.” What surprises me the most about these comments is that I’m pretty sure many of the people who post shit like this probably don’t actually know anyone who’s Muslim. Well I’ve met Muslims. Hundreds. Maybe even a thousand. Maybe more. Not only here in Saudi but back when I worked in the states. I’ve met Muslims from the Middle East and from Africa. Men and women. I’ve shared meals with them, and many, many laughs. Some of them have become very dear to me. None of them have tried to kill me. I’m fairly certain none of them are terrorists.

During my time living in Saudi Arabia and traveling in the Middle East I have met lovely Muslims. Don’t get me wrong, I have also met some awful people who also happen to be Muslim during my time here as well. But….. newsflash….. over the years I’ve met a ton of assholes from Canada and America. Some from the UK. Some from Europe. Arrogant selfish people who I would cringe when I found out that we shared the same type of passport. To lump all people into one category is absurd. It only makes sense to do so when your whole world view is so small it only accounts for your safe little western bubble. I guess that’s the end of my rant. There’s so much more I want to say but I’ll just end with a prayer. A prayer for lives lost, for homes and countries lost. A prayer to those who no longer feel safe. A prayer of tolerance and kindness for each other. A prayer for peace.