Blissed out in Bali 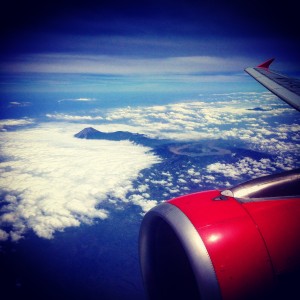 I normally have a strong dislike of the word “bliss” or phrases like “finding your bliss” and equally so of the phrase #blessed, but I’m at a complete loss of words to describe my time in Bali. The only word I keep coming back to is bliss. It really was bliss. So even though the word is kinda new-agey, and used to make me gag, it will be my word of choice for this post.

My time in Bali was split between a retreat I had wanted to do since earlier this year in the northern part of the island, and Ubud, the island’s artistic and cultural hub. Bali is an island in the Indian Ocean, one of an estimated 17500 islands that make up Indonesia, or “Indo” as hipsters refer to it. Indonesia is predominantly a Muslim country, but the island of Bali is the exception. Here over 80% of the population practices Balinese Hinduism which governs every aspect of local life. There are religious calendars that are followed to dictate when birth, puberty, tooth filling, marriage and cremation ceremonies should take place. It’s a very colourful and spiritual place. There are temples both large and small and shrines seemingly everywhere, garnished with daily offerings.

I flew from Kuala Lumpur via AirAsia and let me say it was in stark contrast to my previous flight with Etihad airways- but thankfully we made it. I spent one night in the touristy beach town of Seminyak as a meeting point for the retreat I was attending. Here I met up with the other 17 ladies who would also be attending the retreat organized by Sarah of Sarah Somewhere. The retreat’s theme was “Return to Wholeness” and I went into it with a pretty open mind. In fact I didn’t even really learn the name of the place where the retreat was until after the retreat was over. (Thanks Google.) Nor did I learn that we were on the northern part of the island. I literally didn’t have a care in the world and just rolled with it. Turns out that was a great way to be, as this week long retreat would prove better for my soul than I ever could’ve guessed.

The ladies of the retreat were a diverse group ranging in age from 25-71ish. We came from the Philippines, Singapore, Canada, the U.S., Australia and Mexico (sorry if I’ve left anyone out!) Some people knew each other previous to the retreat, but many like me, were strangers. We would leave friends. Friends who had the privilege to see each woman’s core. To see each other stripped away from the roles we play in our every day life and just be seen as we are. We all came running towards or away from a multitude of things but with the same shared goal of becoming whole.

The retreat took place in a small resort called the Bali Mandala Resort over looking the ocean. It was total bliss. The huts were out of an island romance scene, the pool was lovely, and the food was amazing. I’m notorious for getting sick on every single trip I take. But not this one. Not even once. There was a spa on the resort where I had some of the best massages of my life. I spent the days eating, going to a morning and afternoon meditation class, dipping in the pool or ocean, or reading and journaling listening to the ocean waves lap against the rocky shore. Even as I think about it now my breathing becomes more relaxed and a calmness washes over me. It really was bliss. 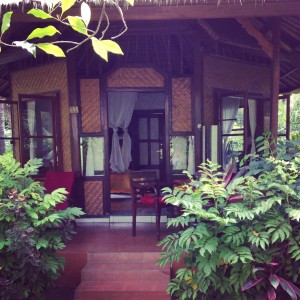 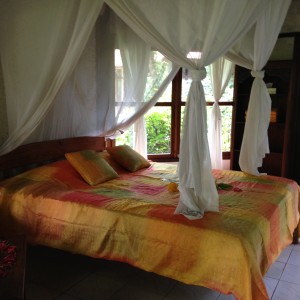 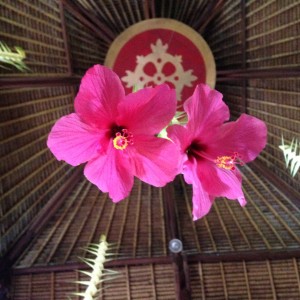 During that week we did an early morning sunrise dolphin tour with a local fisherman. Right before going one of the ladies I’d gotten close to asked “are you going to take something for seasickness?” And I was like “no. It’ll be fine.” Famous last words. The fisherman laughed at me as I repeatedly vomited over the side and then handed me a Balinese pastry and an orange to settle my stomach. We visited the nearby school that is funded by the resort, and spend some time signing and dancing with the kids. We visited a local hilltop temple and received blessings from a Balinese High Priest. We witnessed sunrises and sunsets that left me speechless. We had a day of noble silence in which we weren’t supposed to talk with one anther, but encouraged to just be with our thoughts. We were entertained by local Balinese dancers on our last evening and spent the night of the full moon dancing as if no one was watching. After the impromptu dance party we changed into our swimsuits and guided by the bright moonlit sky swam in the pool, and did a “whirlpool.” This night I will likely remember for the rest of my life. 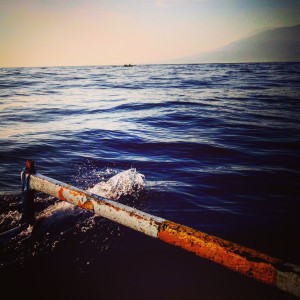 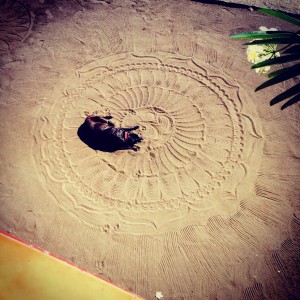 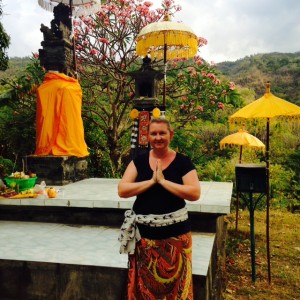 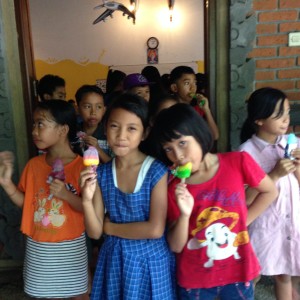 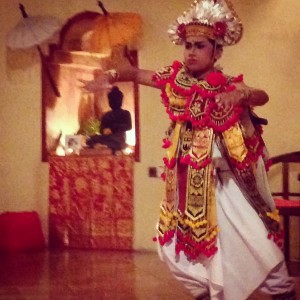 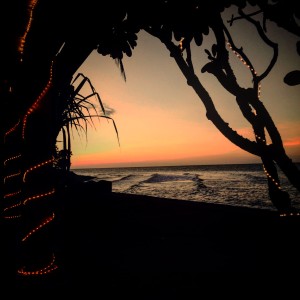 Most importantly we formed friendships- many who’s paths will likely intersect in the future. I felt whole. Like all the parts of me that were scattered miraculously found their way back to one another. I let myself be seen in my most bare form. I looked into the eyes of those 17 other ladies and saw them in their most bare forms, and loved every bit of them. I meditated and got some needed clarity on where I’ve been, and where I’m headed. I felt blessed. Blessed for the opportunity to travel to Bali for the sole purpose of finding inner peace. Blessed to disconnect. Blessed to meet these amazing ladies. Oh, and I felt pure bliss like I’ve never known before. Deep rooted joy that I hope I can channel into daily life. 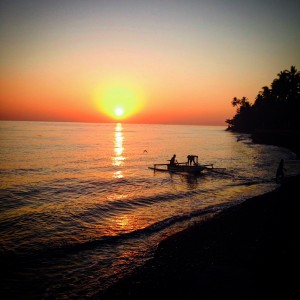 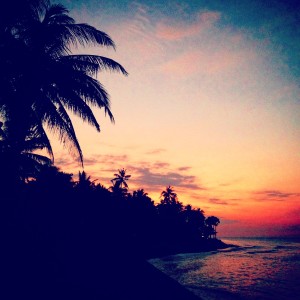 What experiences have brought you bliss or made you feel blessed?