There was an afternoon that I spent on the back balcony of our bungalow in the Maldives where the sea was perfectly calm. Where it was difficult to ascertain where the sea ended and the sky started. Where boats on the horizon appeared to be floating in the sky instead of sailing on the sea. The only thing that appeared to be moving were the fish jumping. They would momentarily break the otherwise calm surface. It felt, for that portion of the afternoon at least, as though time were standing still….. 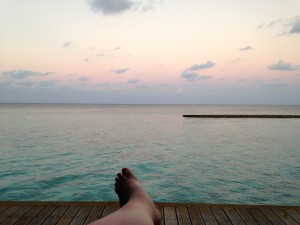 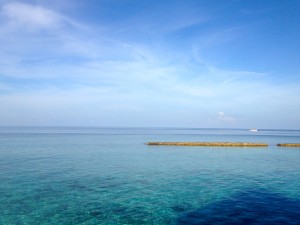 On another note, I’m off to Morocco for the next 2 weeks. I can’t wait to eat some delicious food, catch up with my dear Yankee friend, and take about a million photos!!