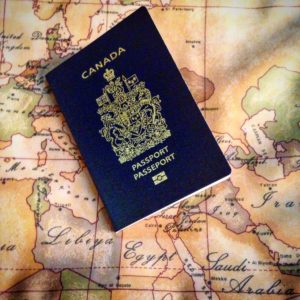 The past 2 weeks have been a whirlwind of ever changing plans, so I thought I would update you about my latest ones. I had been planning on leaving Saudi Arabia in August to come back to Canada and the U.S. before flying to Europe in early September to walk the Camino de Santiago with my pops for 5-6 weeks depending on how fast our legs move. Then I was going to hang out in Europe and meet my best friend in November to go to Iran. But alas, somethings never go as planned…….

A couple weeks ago I was working with a Pakistani nurse and it was pay day and this nurse said to me how she was excited because it was her “double salary month.” And I was like “double salary month?? What the heck is that?” And she informed me that apparently per our contract we get a months salary as a bonus when we re-contract. Naturally I was skeptical because I re-contracted last year and got no such thing. Upon further investigation I learned that I was due to get the extra months salary as a bonus upon my contract completion. But here’s the kicker……you have to work until your final contract date. Leave even one day early and you  forfeit the entire thing.

This presented a huge problem for my as my contract end date isn’t until mid September. I was planning on leaving early to head home to Canada to get in some proper hiking and get supplies for pops and my hike, and to drop off my belongings. The Camino de Santiago is an old pilgrimage route that starts on the French border and goes 800km to the Spanish city of Santiago. For obvious weather related issues, it’s better for us to walk it earlier  as opposed to later in September. I will have some unused leave, so at present my last working day in Saudi will be September 14, which means likely around the 16th of September I’ll fly to Europe to stow whatever belongings I haven’t shipped and meet my pops in France to start our pilgrimage. This will likely take me until the end of October/beginning of November which means Iran has been bumped until the spring. I’m planning on staying in Europe until around Christmastime and am looking into house sitting gigs, but if nothing turns up I’ll likely rent an apartment for 6-8 weeks. My Europe plans are very lose at the moment. I’m currently thinking about basing myself in Paris, but that could very well change!

Since I won’t have a chance to go home in between finishing in Saudi and starting our walk I’ve decided to fly home for a visit at the end of June. I’ll be spending a week in Warsaw Poland solo in early June, coming back to Saudi to work for a week and then flying to Canada for 5 nights and Seattle for 10 or so. That way I can get hiking supplies like shoes, a sleeping bag, and a long list of other necessities, and get some actual hiking in. Since the daytime temps here in Saudi are already above 40C/100F it’s going to make training outside of the gym rather difficult, but I’ll do the best I can! For those of you not familiar with the Camino de Santiago I’ll be blogging more about it soon, rest assured!!

So that’s the latest in my life. I do have some rather unpleasant news about expat life in Saudi. Last week Facebook calling and video calling was blocked, which is a real bummer because that was the primary way I spoke with my mom as I find Skype not great here, and she doesn’t have an iPhone. There are many rumors going around that as of the 26th of this month all internet based calling apps will be blocked. Whatsapp calling is already blocked, but the rumored list includes Skype and FaceTime as well. I’m not exactly sure why they would want to alienate the literally millions of expat workers here who rely on these apps to communicate with their loved ones in their home countries. If this is true I’m especially glad I’ll be leaving in a few months as having to rely on paying to make calls from my cell phone is super pricey. To give you an example if I call the U.S. to speak to my bank and I’m on the phone for 15min it will easily cost me 40riyals which is close to $10 U.S. Saudi Arabia is facing an economic crisis so I’m sure this is just a crafty way to recoup money but it’s going to be especially difficult for so many of the nurses I work with who rely on daily video calls back to the Philippines or India to be able to see their young children.  I really hope that it’s all just rumor, or we find the loophole around it. Fingers crossed.

Anyways, that’s all for now. More to come!!