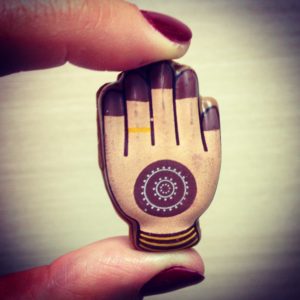 Last weekend while I was away in Switzerland, marked the beginning of the Muslim holiday of Ramadan. So Ramadan Mubarak (a Blessed Ramadan) to my Muslim readers and fellow ex-pats in the Middle East. I know people back home have some basic understanding about what Ramadan is, but I thought I’d take a little bit of time and tell you more about it, and what it’s like to live in a Muslim country as a non-Muslim during Ramadan.

First off, Ramadan takes place during the 9th month of the Islamic Hijri calendar. This calendar is about 10-11 days shorter than the Gregorian calendar so Ramadan shifts forward by nearly half a month from the preceding year. Fasting during Ramadan is one of the five pillars of Islam, along with believing in only one God, praying 5 times a day, giving to charity and making pilgrimage to Mecca. This year Ramadan started on May 27th and will likely end on June 24th or 25th depending on how visible the moon is. For the entire month Muslims will fast from the morning prayer (dawn) until sunset. Here in Saudi this is from around 4am until 6:30ish pm. Children, the elderly, those traveling, people who are sick and in the hospital, diabetics, and women who are pregnant, or breastfeeding or menstrating are exempt from having to fast. In addition to fasting Muslims are also to abstain from gossiping, smoking, daytime intimacy and sex, and really anything that would make their fasting efforts less noble. Fasting basically means no food, drink (including water) or chewing gum or candies.

So what’s it like during Ramadan for non-Muslims? Well it’s a whole lot quieter during the daytime that’s for sure. Grocery stores are open in the day but restaurants are all closed. No lunch time McDonald’s drive-thru or delivery. Starbucks is closed. Most things open after sunset and stay open until late into the night. At sunset Muslims break their fast with dates and Arabic coffee. This breaking of the fast is called Iftar and throughout the Middle East there are Iftar buffets which is basically like a dinner buffet. Here in Riyadh Iftar buffets are often very lavish and often on the pricey side between 200-400 riyals ($50-100 U.S.) Next week I’m going to the Iftar at the Ritz Carlton with a group of friends which I imagine will be well worth the splurge.

For non-Muslims it’s advised to not drink or eat in public or chew gum. If you’re going to eat and drink than just be sneaky about it. The hospital I work at has a cafeteria and restaurant that are open for us to eat at, but the main public coffee shops and restaurants are closed during the day. I’m working night shift for the entire month so for me this isn’t a problem. Muslim hospital staff are not required to work the full amount of hours as they would during the rest of the year. They can chose between working 6 hour shifts, or chose to work night shift instead. Clinics and such are open but on shorter hours so usually 9am-3:30pm or so. Saudi culture (especially during the summer) tends to stay up late into the night and sleep during the day because of the heat. This is especially so during Ramadan. Working night shift is actually like working day shift as the patients are awake the entire night often going to sleep around 5-6am and sleeping most of the day. Medications often have to be re-timed around this sleep schedule especially if they are food related and the patient is fasting. Sometimes patients who are in the hospital will want to fast and will decline things like IV fluids which would interfere with their fast- I have found that to be pretty rare though.

Ramadan ends with the sighting of the new moon in Mecca, or after 30 full days of fasting if the new moon isn’t visible because of clouds. The new month is kicked off with the celebration of Eid al-Fitr in which the fasting is broken. I will be away for about 10 days later this month as I’ll be traveling solo to Azerbaijan and Georgia. Azerbaijan is a Muslim country but everything I’ve read says restaurants and coffee shops will be open for non-Muslims and Georgia is a mix of Muslim and Orthodox Christians so traveling during Ramadan shouldn’t be an issue.

So to those of you who are celebrating Ramadan I wish you all a Blessed Ramadan and may your prayers be answered!