First off, I don’t claim to be a historian, nor am I any sort of expert about World War II history, so most of this post is a summary based on tour guide information and bits and pieces of what I have read about the events surrounding Czechoslovakia and the Holocaust. I have always felt a certain tie to this awful period of history since as I’ve recently blogged about- I grew up believing my maternal grandparents were German. While I have now learned that my Oma (Grandmother) was actually born in Czechoslovakia and my Opa (Grandfather) in Poland, they both were forced out of their native countries and made to return to Germany as they were ethnic Germans. They both were children/teenagers during World War II. I actually grew up believing that my Oma didn’t believe the Holocaust had taken place because as I’ve previously mentioned, things of the past just weren’t discussed. It’s really crazy to me that I can’t recall ever asking them about what that time of their lives was like. How afraid they were. Whether they had any Jewish friends or neighbours. I think it’s also worth noting that when one learns about events like the Holocaust or other incidents of ethnic cleansing in school as a child the words don’t really make sense. It’s unfathomable. The numbers are so large, the place so far away, the events so horrific that it’s hard to accept or to understand. In the last year I’ve visited Germany twice- to Munich and Frankfurt, but for very quick visits only. Terezin in the Czech Republic was my first time to visit a concentration camp.

Terezin as it is know in Czech is known as Theresienstadt Concentration Camp in German. It’s located about an hour north of Prague. The site is now a memorial to the Jewish and Christian souls that lost their lives here. It is also possible to tour the actual town of Terezin which is nearby the camp and at one time served as the Jewish ghetto and to fool the outside world into thinking that the Jewish people were being treated well. Today the town is sparsely populated but there are 2 museums there that are worth visiting (and if you do a tour will likely include) the Magdeburg Barracks which has a replicated women’s dormitory as well as exhibits on the arts, music, theatre works and literature that was produced in Terezin. The other museum is the Ghetto Museum which was opened in the Terezin schoolhouse. 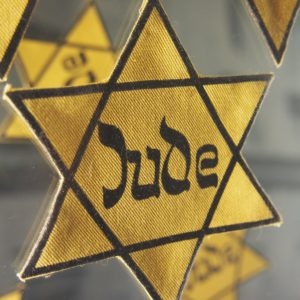 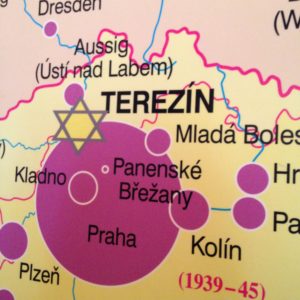 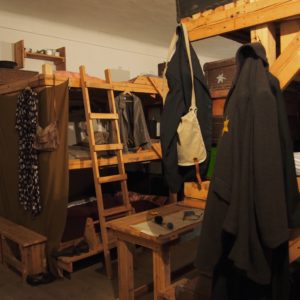 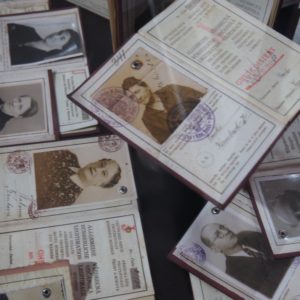 A brief overview of Czechoslovakia leaking up to and after World War II is as follows: In 1918 the country of Czechoslovakia was formed. In 1933 after Nazis came to power they demanded the return of Czech lands and the ethnic German population that was living there. In 1938 leaders from Europe met in Munich and it was agreed that this land would be returned to Germany under the Munich Pact in exchange for a peace commitment from Hitler. As a result the democratic leaders of the country resigned. Later that same year other portions of land were seized by Hungary and Poland. In March 1939 Germany invaded the provinces of Bohemia and Moravia. Germany occupied Czechoslovakia until it surrendered at the end of the war. Many Jews emigrated in 1939. The Jewish populations in the provinces of Bohemia and Moravia were almost completely wiped out. It is estimated that 263,000 Czech Jews were killed.

During the German occupation it’s believed that 144,000 Jews were sent to Terezin. Although Terezin was not an extermination camp some 33,000 died there due to its deplorable conditions, over crowded living conditions and mass spreading of disease. Nearly 90,000 were sent to Auschwitz and other extermination camps. 17,000 survived. In 1944 the Red Cross visited and the Nazis presented Terezin as an ideal Jewish community and a propaganda film was made at the time showing the Jewish population living freely and taking part in everyday life, which was entirely fictional. Many Jews were transferred to Auschwitz to avoid the appearance of overcrowding prior to the Red Cross visit. Terezin was home to many literary and artistic geniuses from the time period including poets, composers, musicians, and painters. It is reported that of the 15,000 children that were housed in the children’s home only 93 survived. 93.

So today it’s possible to tour both the camp and the ghetto. Driving up to the site you see the massive red brick fortress walls of the prison. As you walk into the site you pass the memorial cemeteries for the Jewish people and Christians that died here. Our tour took us thru the warden’s office were prisoners were registered, and into cells where people were literally packed in like cattle. Hundreds living in rooms fit for 20. Poor sanitation, and air flow led to many deaths. The air inside the cells is stifling with little movement. It was a somber experience hearing the inhumane conditions people were forced to live under.  On the concentration camp grounds stood the enormous and lavish Wardens house in stark contrast to the way prisoners were forced to live. It’s hard to accurately describe how one feels wandering a site like this. Horrified. Disgusted. But I think to some degree the word numb feels most accurate. Numb because it’s overwhelming, and it takes time to process this enormous loss of life. To stand where these people previously stood. To bear witness while trying to come to grips with how something like this happened in the first place. To say that 263,000 Czech Jews were killed during the Holocaust is like saying that every person in the town I went to college was murdered. Two and a half times. It’s mind blowing. And numbing. 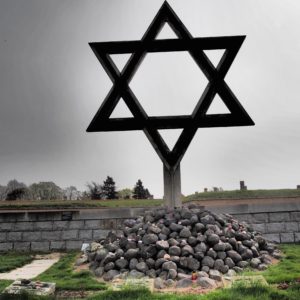 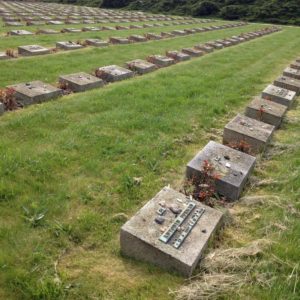 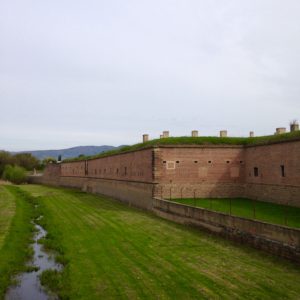 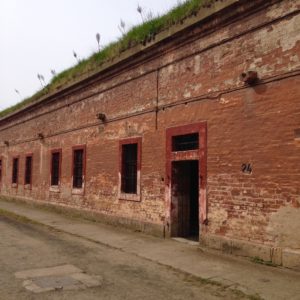 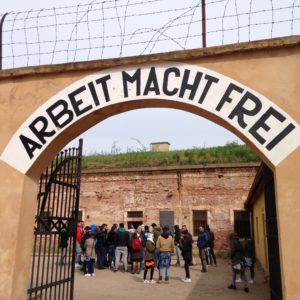 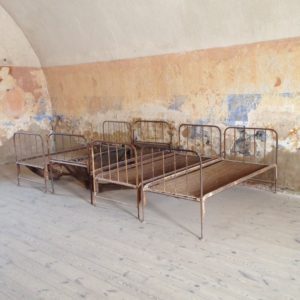 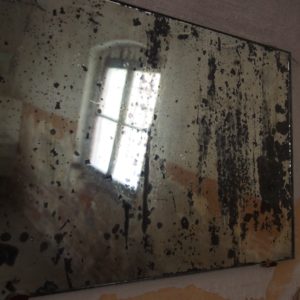 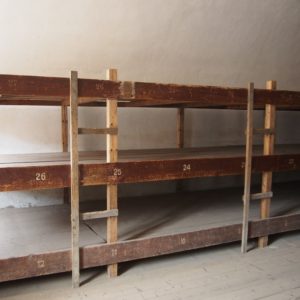 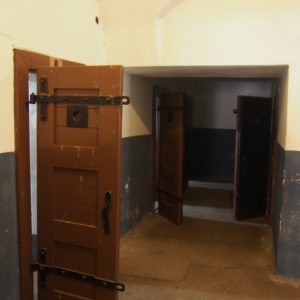 After World War 2 many of the Nazis who worked at Terezin were charged and executed. Some were imprisoned. Some fled and escaped punishment. Today the memory of the events and the people who were killed live on in countless memorials around the world. If you haven’t visited a site like Terezin Concentration Camp and have the opportunity to I would implore you to do so. Education about past events is a precursor for the prevention of history repeating itself. While I strongly believe that history is very much worth reading I think it’s important to experience historical places first hand. To walk thru a archway entrance to a concentration camp and read the German words of irony “Arbeit Macht Frie” which translated to “Work Sets you Free.” To hear the crunch of the gravel under your feet, to hear the clink and scraping of a metal door closing. To enter a cell and look out the window to the outside world. To see bunk beds and try to physically imagine 200 prisoners sleeping in such cramped conditions sharing one toilet. This is how we make events personal. This is how we carry the burden of historical events with us to bear witness to the worst of humanity and to guard against such events happening in the future. Lest we never forget….