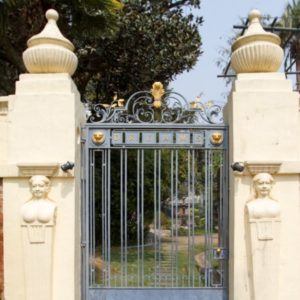 I was recently asked “what is your dream?” And it really got me thinking. My initial gut response was to answer “to meet an amazing partner and be a mother,” but that felt like a bit of a heavy response to the wide eyed teenager who was asking. So instead I paused and took a second before responding “well actually, I’m kinda already living my dream.” Don’t get me wrong, sometimes, living in Saudi is more of a nightmare type of dream than one where I’m skipping through a field of flowers while the wind blows through my hair and the smell of lavender lingers in the air. But what I really meant was that I’m not much of an “in 10 years I’ll do this…..” type of person. I’m more of the school of thought that if I want to do something or I have a dream and I’m healthy and able, I’ll do it now. That probably comes off as cheeky and filled with privilege, and some of you reading this are probably thinking “must be nice to have those type of options.” For me though,  it all comes down to choices. Originally, I came to Saudi Arabia with bucket loads of debt based off of years of frivolous materialistic living. I’ve lived on my own since I was 18. I had student loans from nursing school and a propensity towards new flashy cars and I lived off the thrill of putting things on a credit card where they would stay until future Kristine finally had to deal with them. And deal with them I did. It came down to either filing for bankruptcy or moving to Saudi Arabia to sort out my finances.  I chose to move to Saudi to sort things out. This probably was one of the best decisions I ever made. I was able to eventually become debt free, I learned a huge life lesson, and I currently get super stressed if I don’t pay my credit card off immediately. As many of you probably know, that type of financial stress weighs you down and can feel near impossible to pull yourself out of. But it was my choices that got my into that whole mess and it would be my choices that got me out of it.

My own personal choices allow me to travel wherever I would like. I do spend a decent amount of money on travel, but I rarely shop. I don’t buy fancy shoes or designer clothes. But those choices that allow me to travel also mean I don’t have a home base, and I have essentially nothing to my name except a storage unit that I dread eventually having to deal with. I literally have none of the possessions society believes a woman in her late 30’s should. No car. No house or apartment. No husband. No children. Some of these I am ok with, some of them I long for, but just aren’t a possibility right now. This nomadic lifestyle and independence that I love and have chosen are often incompatible with the side of me that would like to have a home base and someone to come home to. I choose to live in Saudi even though I’m sure this has put a strain on many of my relationships and possibly contributed to the reason for my perpetual singleness. That’s not to say that there aren’t dating options here, but most of the ones I’ve met haven’t been good, or like my most recent love disaster had me falling for a completely amazing but totally unavailable man. And now truth be told my heart just isn’t quite ready to meet someone new.

I guess the whole point of this post is that it’s good to have dreams, but for me living a full life is essentially a way of living your dreams as best you can in the now. I don’t really have much control over when I meet Mr Right, and while I could pursue having a baby alone right now I’m just not in that head space. But I can control whether I want to learn a second language, bicycle in the vineyards in France, or go on an African safari. I can choose these things by choosing not to pay for cable TV, or have a collection of purses, or put off buying a new iPhone. I tend to view things in terms of well that such and such thing is a plane ticket, and I’m way less inclined to spend my money on it. The other reason I don’t put off doing things is that as a nurse I often see people who have saved or worked hard their entire lives with plans to start living when they retire, or to take that dream trip in 5 years time. Then they or their partner’s health fails and they don’t get that chance. Instead I prefer to live my life in the present, basing my decisions off the here and now since tomorrow is never a guarantee. I’m reminded of this every time I fly as that’s the only real time I truly contemplate death. My fear of flying results in me spending a large portion of the flight convinced engine one is likely going to fail. When this happens I remind myself even if I were to die today I’ve lived a life. I haven’t just merely existed. I’ve done almost everything I’ve wanted to in my life up until this point. At least the things I have control of anyways.

So let me ask you….“what is your dream?”