On my way back from Canada and the U.S. earlier this month I had a 3 night layover in Frankfurt. For at least the last decade I had wanted to see a European Christmas market so since I was flying back via Frankfurt this was the perfect time to do it. A couple years ago I went to Leavenworth WA over the holiday season so I knew a little about what to expect. Delicious warm mulled wine. Dressing in warm winter clothes. German food. Holiday cheer. And weird wooden painted German Christmas decorations. It was all those things and more. 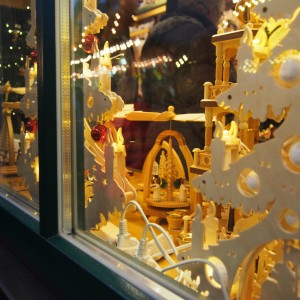 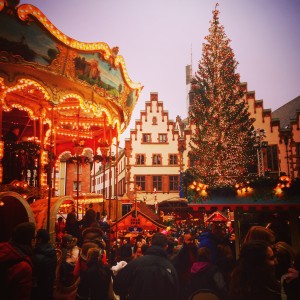 I had some unused hotel credits that I decided to put to use at a super nice hotel in Frankfurt. I stayed at the Rocco Forte Villa Kennedy which used to be an enormous family home from the early 1900’s but is now a fancy boutique hotel. It was beautiful and the staff were great. The only down side was that it’s a 20min walk to get to the museums and the Christmas Market. This suited me just fine as the weather was crisp and it was a lovely walk along the river to get where I wanted to go. Frankfurt has a bunch of great museums, but as with most things in Europe, many are closed on Mondays so you have to plan accordingly. I spend an afternoon wandering the galleries in the Stadel Museum which houses 700 years of art and includes the works of Rembrandt, Monet and Picasso. Later I checked out an exhibit at the Schirn Museum which houses more modern art exhibits. The one I saw was called Storm Women and featured only women artists from the early 20th century. It’s a great exhibition if you find yourself in Frankfurt between now and February.

The rest of my time in Frankfurt was spent relaxing on my own. After spending over 2 weeks catching up with everyone back home I was feeling exhausted and needing some solo time. The older I get the more I am starting to realize that I am an extroverted introvert. I LOVE being around people and being a social butterfly. Like for a night. And then I’m drained and don’t want to talk with anyone for like a full 24hours. The older I get the harder it is for me to make social commitments 2 night in a row. It wears me out. I need some down time to recharge. Frankfurt was a great place for this.

I spent 2 afternoons at the Frankfurt Christmas Market wandering around. Naturally, it was packed with people. There are vendors selling gifts like candles and ornaments, and of course those wooden painted toys/ornaments/nativity scenes that the Germans seem to be so fond of. There are food vendors selling crepes, pretzels, sausages, cookies and candies. You won’t go hungry. And then there are the many, many vendors selling “Gluhwein” or mulled wine as we know it back home. If you don’t know what this is you are missing out on life. It’s warm red wine that’s heated with cinnamon, orange, and cloves and it’s delicious. It’s served in mugs which you can either buy, or pay a refundable deposit when you return them. It’s a great way to stay warm in the chilly air, and also a great way to make friends with locals and other tourists. 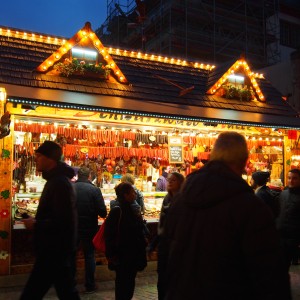 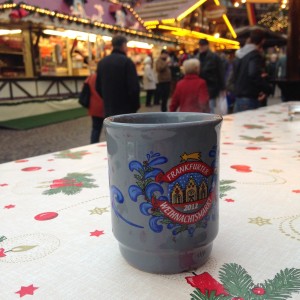 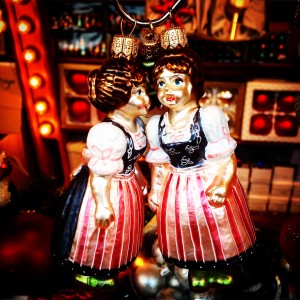 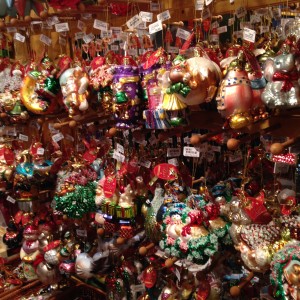 So that wraps up my latest holiday, but don’t worry I’ve got a bunch of more trips in store. I’m going to Spain for a week in January splitting my time between Barcelona and Madrid. Then the beginning of February I’ll spend a weekend in Dubai and am looking into traveling to Azerbaijan. I’ve got some more time off in March that I haven’t yet made plans for, and then in April I’ll be spending 2 weeks in Iran. 2016 is looking like it’s going to be a great year!!

Have you been to any of the European Christmas Markets? What did you think?