After our time in the coastal city of Paphos we headed inland to the capital of Cyprus, Nicosia. As I previously mentioned, Nicosia is a city literally split in two. The southern part is the Greek portion of the city and the northern section is the Turkish part. We spent 3 nights  wandering the city and crossing back and forth between the 2 borders. Pedestrians can cross the border at the Ledra Street crossing, which is a really cool and happening area lined with shops, restaurants and loads of cafes. This was a short 10 min walk from our hotel. We were really keen to explore the northern part of the country, as both myself and my kiwi travel mate have been to Turkey, and I especially loved it. We had rented a rental car in the south, but it is somewhat difficult to drive your rental car across the border. Well not exactly difficult per say, but rather that you would inadvertently void your rental contract. We did not want to risk that and instead concocted a rather genius plan with the help of a kind stranger who was able to help us out with wheels (more on this is a separate post.)

So we drove into the north, and there is so much to see over there. So much so, that we just scratched the surface really. After our GPS directing us into a military occupied zone we eventually arrived at Bellapais Abbey an extraordinary Abbey dating from the 13th century. Shocker of all shockers, it was raining that day, but it still made for beautiful photos. The inside of the church had beautiful lighting, that I didn’t want to stop taking photos in, except that a bus load of loud German tourists entered making it difficult to navigate the now crowded room. The archways on the outside were in varying state of decay and only added to the place’s photogenic appeal. Well worth a visit!! 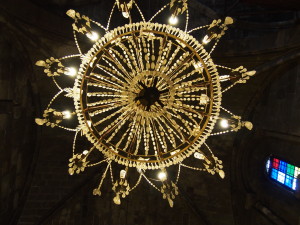 The inside of Bellapais Abbey 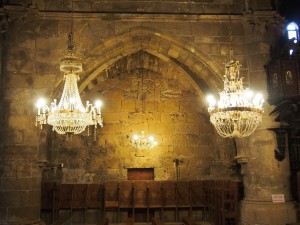 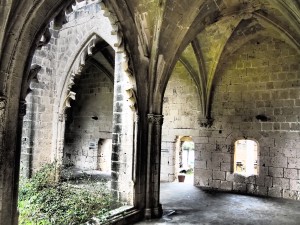 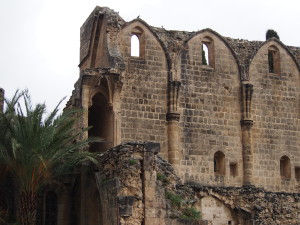 From this point our GPS decided it didn’t want to cooperate with us at all. We weren’t sure if the weather, or the fact that we had crossed into the northern area were to blame, but for the rest of that day we flew by the seat of our pants. We headed towards the coastal city of Kyrenia, and after driving thru the super-cute harbour area we arrived at the Kyrenia Castle. The castle is very large, with several museum type rooms. Had the weather been better there would have been beautiful views from the top. I’m sure you’re surprised to learn it was still in fact raining. We got utterly lost leaving Kyrenia, but eventually made our way to St Hilarion Castle which is perched high up a cliff overlooking another military zone. This castle is said to have been the inspiration for Walt Disney’s Snow White. Unfortunately, by the time we arrived it was closing time, but we were still able to get some photos. We then headed back to Nicosia- getting lost several more times, and almost driving our borrowed car into the south. Lucky for us there was a turn around area, as I would’ve hated explaining this to the kind man who’s car it was. 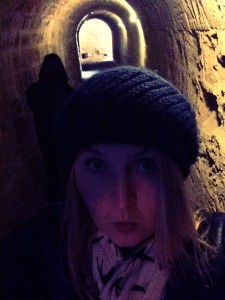 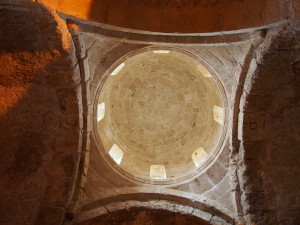 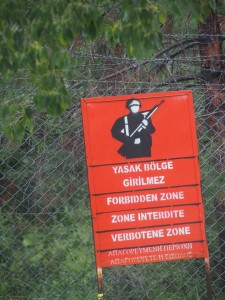 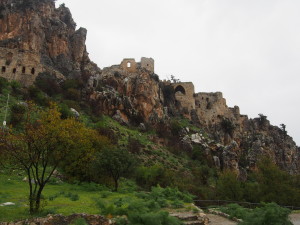 The rest of our time in Nicosia was spent wandering, and eating. We visited the Shacolas Tower (on the southern side) which has great views overlooking the city, but sadly none into the Green Line or DMZ that separates the south from the north. As Nicosia was a walled city there are many gates scattered throughout the city. On the northern side you can visit Selimiye Mosque from the 12th century which originally was a Gothic church and still pretty much looks like a Gothic church. It’s very similar to the Hagia Sophia in Istanbul, but on a much smaller and less grand scale. There is a municipal market near by that sells many Turkish treats. We also spent some time wandering next to the Green Line on the southern side. It’s creepy and cool and the same time, as much of the in between space is purposely blocked from view, and many of the building snext to the Green Line have been abandoned. 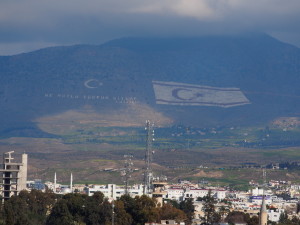 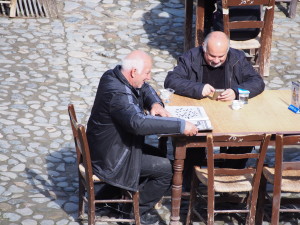 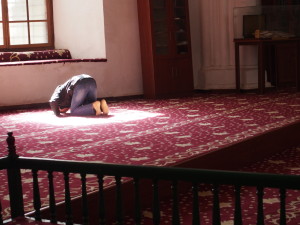 A man praying inside Selimiye Mosque 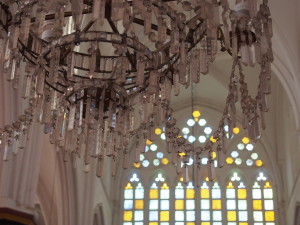 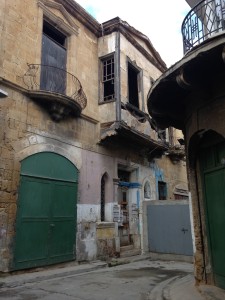 Abandoned buildings near the Green Line 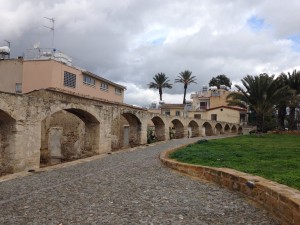 So that wraps up my 10 days in Cyprus. We flew back to Riyadh via Doha and we spent a night in Doha which I will give you my thoughts on later!