After spending 4 lovely nights in Barcelona we boarded an express train to the town of Zaragoza. Zaraogoza is located west of Barcelona about 90 min on the train. Spanish trains are clean and the one we were on went about 300km/hr. Normally, I love to take a window seat and watch the world wiz by, but at that speed most of the scenery was a blur.

We arrived mid morning and the town was much colder than Barcelona had been. Since we only had one night in Zaragoza we tried to pack in as much as we could. Our first stop was Aljaferia Place an Arabic Palace from the 11th century. I have a love of Arabic architecture and patterns and this place didn’t disappoint. The outer walls of the Palace look like a traditional castle but the inside courtyards have beautiful carved archways and the inner rooms have intricately painted designs. Well worth a visit if you also share of love of Arabic design. 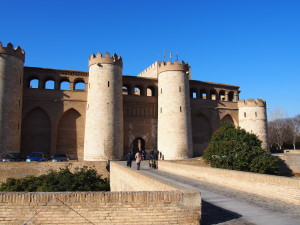 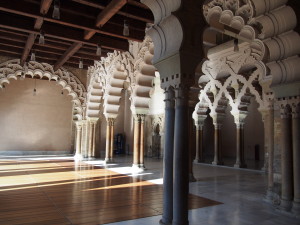 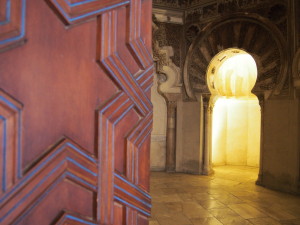 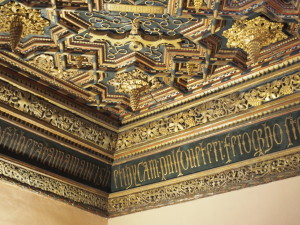 We then spent some time in the Main square and visited Cathedral del Salvador which dates from the 12 century and the Basilica of Our Lady of the Pillar which was built from the late 1600’s to the early 1800’s. Sadly, neither church allowed photos from the inside, but the Basilica is stunning, especially at night. The rest of our time in Zaragoza was spent wandering and getting our fill of tapas. 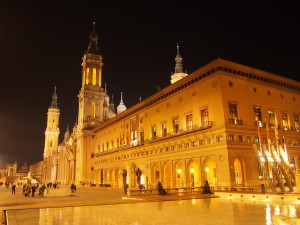 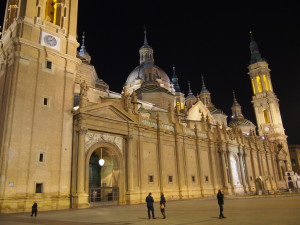 The following day we boarded another train and headed for Madrid. Again we only had one night so we tried to fit in as much of the city as we could. In hind sight we easily could’ve spend a few more nights here, but inshallah next time. We checked into our hotel and immediately set off for Mercado san Miguel a huge upscale tapas market. For my North American readers think something similar to Granville Island or Pike Market, but with way more alcohol choices. We lunched on tapas and wine to our hearts content. There is a lot of different food to choose from and it pays to go during off peak hours as understandably it is very popular. 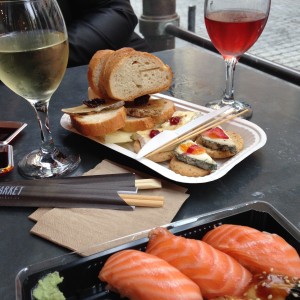 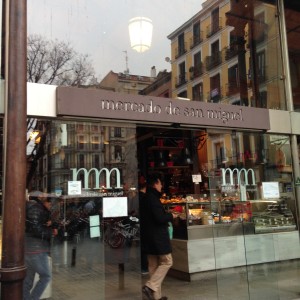 From here we walked over to Almudena Cathedral which was built on the site of a medieval mosque in 1879, but wasn’t completed until the early 1990’s. The cathedral is stunning and sits next to the Royal Palace of Madrid. The inside is filled with some of the most beautiful stained glass windows I have ever seen and thankfully they do allow photos, so feel free to click away. After this we headed to the Royal Palace which was built in the 1700’s. The palace used to be home to the Spanish Royal family, but currently it is only used for state functions. The place is enormous and reportedly contains more than 3000 rooms. Photos are not allowed inside the palace, but take my word- the rooms are decorated beautifully and I really enjoyed visiting it. There is also an impressive armory and carriage display, but again no photos. 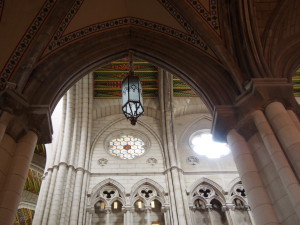 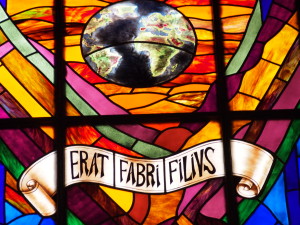 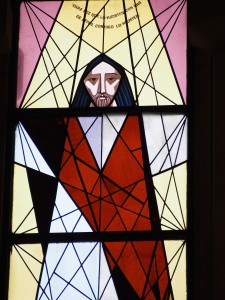 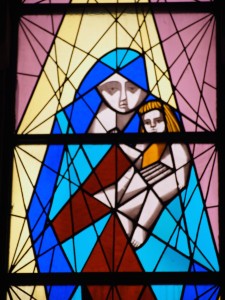 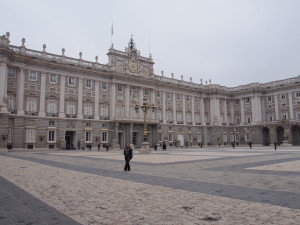 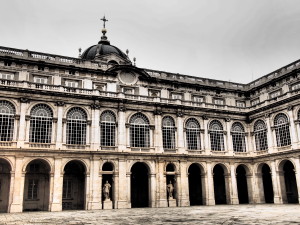 So that about wraps up my week in Spain. I really loved Spain and am very much looking forward to going back this fall as I’m planning to walk the Camino de Santiago with my Pops. February was a busy month for me as I spent some time living it up in Dubai, and then returned from a week long trip to Romania a few days ago, but more to come on all that soon! I’m off to Italy for 12 days of solo travel next weekend which I’m pretty excited about, and am hoping to make some long term decisions to figure out what the heck I’m going to do with my life once I leave Saudi…..decisions, decisions…..