I’ve blogged before about how sometimes while traveling you meet someone who touches your heart. Or you give a little piece of your heart to them for safe keeping because you know that somewhere, somehow in the future your paths will cross. It was one of these connections that led my mom and I to city of Brno in the Czech Republic. This connection had formed years earlier in 2010 when I took my first solo trip from Saudi Arabia to Portugal. I was that nervous type of excited when I checked into a hostel in Lisbon. Unsure of how easily I would meet people, and if there would be anyone my age or coolness level staying there. Looking back I laugh at how nervous I was. Because, the me then had no idea what an awesome trip this would become. How I needn’t have worried. How easily I would make a tribe of new friends.

One important member of my nomadic traveler tribe was a lawyer from Czech named Mira. He and I bonded over our inappropriate sense of humor and our love of hot Portuguese men. We also creatively changed the name of the local beer Superbock to Super…… I’m sure you can guess this without me actually typing it out. We were basically creative geniuses. Anyways, this and a couple of wild nights out in Lisbon bonded us. We spent the next several years as pen pals, sending each other letters and postcards from our travels around the world, as I moved from Saudi Arabia, back the US and later up to Canada. I’m affectionately known as his little Octopussie- in reference to some fresh seafood we saw in a window. You can see why we got along so well.

When my mom and I started planning our European trip I knew that if we were going anywhere in Eastern Europe I had to link up with Mira! This is how Brno became a firm part of our itinerary. In fact, I told my mother is was non-negotiable. So we penciled in 2 nights in a fancy 5 star hotel in Bno. The easiest way to get around in Czech Republic is by bus. The train lines are limited and often no faster than taking the bus. We booked with Student Agency Bus and rode them several times. The buses are clean, comfortable, and they have wifi. Sometimes, but not always they speak English. We took the bus to Brno from Ceske Budejovice which took about 3 and a half hours. Mira met us at the bus station hardly looking any different in the nearly 6 years that had passed since we met. He led us back to our hotel pointing out the sights along the way and then later that evening we met up with him and his partner for dinner at a local Czech beerhouse. 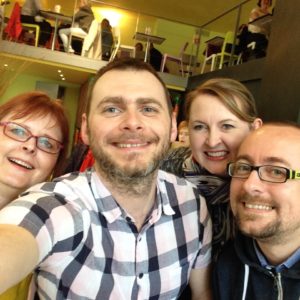 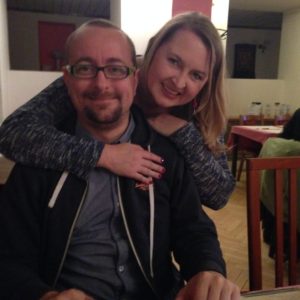 Czech beerhouses are a super fun experience. Often they only serve draft beer, so you can order light, dark, or mixed. I would recommend mixed. Meals tend to be meat heavy often pork or beef with dumplings or potatoes. To be honest I enjoyed the food we ate all throughout Czech. I can’t really recall not enjoying a meal, but to be fair as long as someone else is cooking instead of me I’m a pretty agreeable eater. One of the most favourite things we tried was an appetizer that loosely translates to “drowned bodies” which is sausages and cabbage soaked in vinegar and spices in a jar for a couple days. The proper Czech name of the dish is utopenci, and trust me- it pairs perfectly with beer.

We spent our time in Brno split between sightseeing and hanging out with Mira and his partner Viki. We visited the Cathedral of St Peter and Paul which is a striking 14th century Gothic style Cathedral that sits atop of hill so it’s a great view point of the city. The inside though is much less remarkable compared to other grandiose Cathedrals throughout Europe. So we walked up that hill and then back down and over to Spilberk Park and then further uphill to the castle. The castle is from the 13th century and houses some permanent and temporary exhibits so it’s really more like a museum that touring a castle. We just toured the outside. There are many stunning viewpoints to take photos of the city below looking back towards the Cathedral. Mira and Viki then took us on a city walking tour to parts of the city we wouldn’t have stumbled on, on our own. We visited the outside of the Villa Tugendhat a modernist house listed under the UNESCO heritage sites. We visited a children’s theatre and lazily walked the streets of Brno, all the while my mom taking photos of every possible statue along the way. We then visited The Brno Ossuary which is the second largest ossuary in Europe. It is believed to contain the skeletal remains of some 50 thousand people from the 17th and 18th century. It was rediscovered in 2001 and is now open to the public. As one would imagine it is a somber experience to visit. The area is dimly lit with and skulls and other bones arranged in an artistic way. 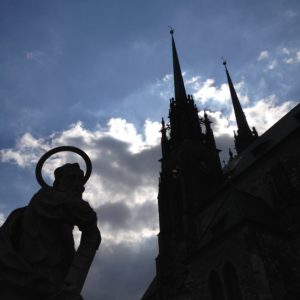 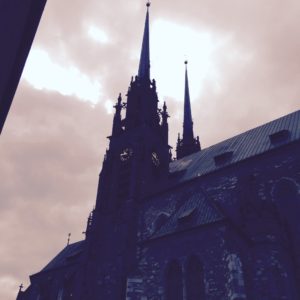 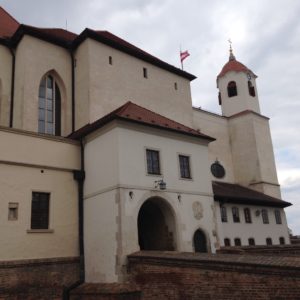 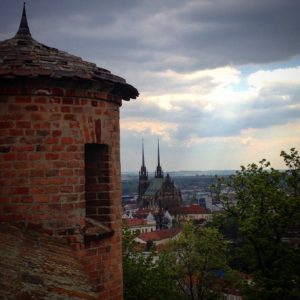 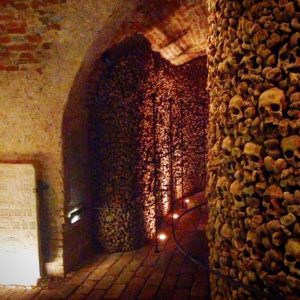 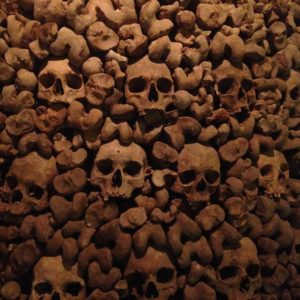 Brno is not necessarily a huge tourist city, and yet you could easily spend a couple days exploring what the city has to offer. It also makes a great transit point if you are heading up to Prague. None of that really mattered to me though, because all I really wanted to do was catch up with my old pen pal Mira. Brno could’ve easily had zero tourist sites and yet, I still wouldn’t have missed out on the opportunity to catch up with this dear soul. One other thing I can tell you about Czech is that the people are wonderful. I’ve actually never experienced hospitality like what Mira showed my mom and I over those 2 days. I sure hope that I will be able to return the favour to him at some point in the future! 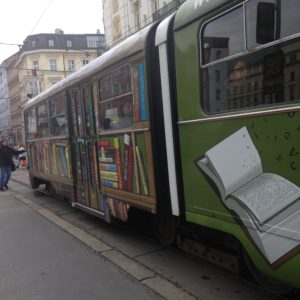 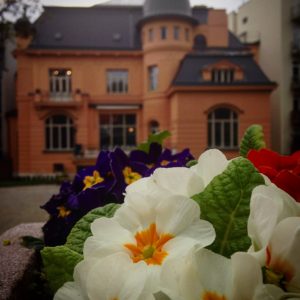