Ceske Budejovice is the largest city in the southern Bohemian region of the Czech Republic. And as I mentioned in my last post, it is where we believe my maternal grandmother was born. This was news to me as I had always grown up believing that she was German. It appears that she was German in ethnicity but likely Czech by birth and then ended up in Germany before emigrating to Canada in 1954. Oddly, things of the past just weren’t discussed in my mother’s family- and so with secrets or forbidden topics comes misinformation. Anyways, the reason Ceske Budejovice ended up on our itinerary was solely for the purpose of my mom visiting the town where her mother was born. We think. She was born in a town that went by the names of Strodenitz or Budweis which is the current day Ceske Budejovice.

As far as I can tell there was always a huge number of ethnic Germans living in this region of the Czech Republic, Slovakia and Poland. In fact the Germans and the Czechs/Slovaks lived side by side for hundreds of years. Until the second World War when in 1945 all the Germans were forcibly expelled. Ethnic Germans as well as Hungarians who had been living in this region peacefully prior to World WarII were stripped of their Czech citizenship and property. As has happened the world over in places like Palestine and in Cyprus- people lost everything and were not able to return to their homes once the conflict ended. It is believed that between 1945-1947 some 3 million ethnic Germans and Hungarians were deported from Czechoslovakia. My Oma (German for Grandmother) and her family were amongst those displaced. My Oma was fortunate that her family was financially stable enough that they did not end up homeless. She went on to meet and marry my Opa (German for Grandfather) who I always believed was German but have recently learned that he was actually born in Poland. Again of German ethnicity. After WWII he fled to Germany under similar circumstances as my Oma. My mother was born in Germany in 1954 and shortly after they immigrated to Canada.

I so wish I knew this information years ago. I love history and genealogy. I wish I’d asked more questions. I was never especially close to my Oma and Opa. They lived on the other side of Canada and we only saw them when we made the trek out to visit. My childhood memories of them are mostly about us visiting. About how they never ever called me Kristine but rather Kristina with a thick German accent. I remember amazing German baking from my Oma, and how I loved getting her tin of baked goods around Christmastime. And how saddened I was when in her later years she stopped sending these tins out. I remember sitting in the basement watching slide shows of the places they traveled. My Oma and Opa roamed the world. I’m sure my deep rooted love of travel can be traced back to my DNA, directly from my European ancestors who were displaced from their native homes, and boldly continued this sense of travel throughout their lives. I remember loving going to the laundry room at their house. They had souvenirs stickers from the countries they had visited stuck to an heating duct in that room. Memories from the far away lands they had explored. Sadly, I can’t ask my Opa about this new information I have about him growing up in Poland. He passed away late last year, so all the questions I now have will remain unanswered. I thought about him a lot while visiting Warsaw last month. My Oma is still alive, but for her I think the past is in the past so I’m not sure we’ll get any more information than what we’ve already discovered.

My mother and I spent one night in Ceske Budejovice. We booked a hotel right in the main square which was lovely to have the views of the square below from our hotel room. Since it was Sunday when we arrived most things were closed. The afternoon was grey with a light drizzle of rain as we explored the main square and strolled down to the river. We visited a church, we had some delicious food, and we drank some wine. Nothing of any real significance, and yet the time I was there has stuck with me. Mostly the many unanswered questions. The regret of not taking more of an interest in where my mother’s side of the family came from. The disappointment in knowing that many of these question will never get answered. That both my Grandparents were displaced from their native homes as teenagers and I never had the chance to ask them about what that experience was like for them. The sadness of knowing that in the last few months I have visited both of their native countries with no real insight into were they came from. 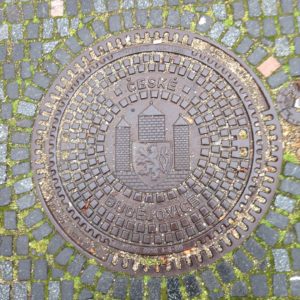 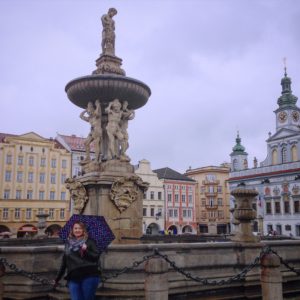 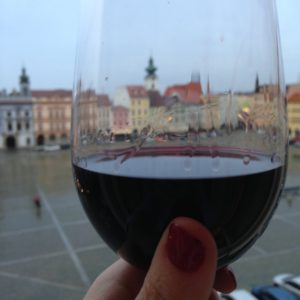 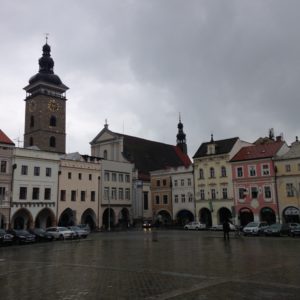 Since my trip to Czech it’s made me think a lot about a podcast I listened to last year on a train while traveling in Morocco. The podcast was about the organization StoryCorps whose mission is to “preserve and share humanity’s stories in order to build connections between people and create a more just and compassionate world.” Essentially they are making a library of oral interviews. They are extremely thought provoking and moving to listen to. Interviews are conducted between 2 individuals who are involved in each others lives. They are archived at the Library of Congress in Washington DC. How I wish I had thought to do something like this with either my maternal or paternal Grandparents. To have an oral recording of the history of their lives. This fall I’ll be walking the Camino de Santiago with my Pops. For 40 days. And I have so many questions about his life. His history. His experiences. I’m going to take advantage of this time we’ll have together. I don’t want to have unanswered questions. StoryCorps even has an app you can download so you can record your own interviews. “Testing, testing, 1,2,3.”