Prague is the bomb. It’s seriously such a gorgeous and photogenic city it blew me away. Back in April my mom and I spent 4 nights wandering  the cobblestone streets and taking in the sights of Prague. Instead of going into great detail about what we did I’m going to tell you about the highlights only, and leave you with pictures that I hope will entice you to visit. 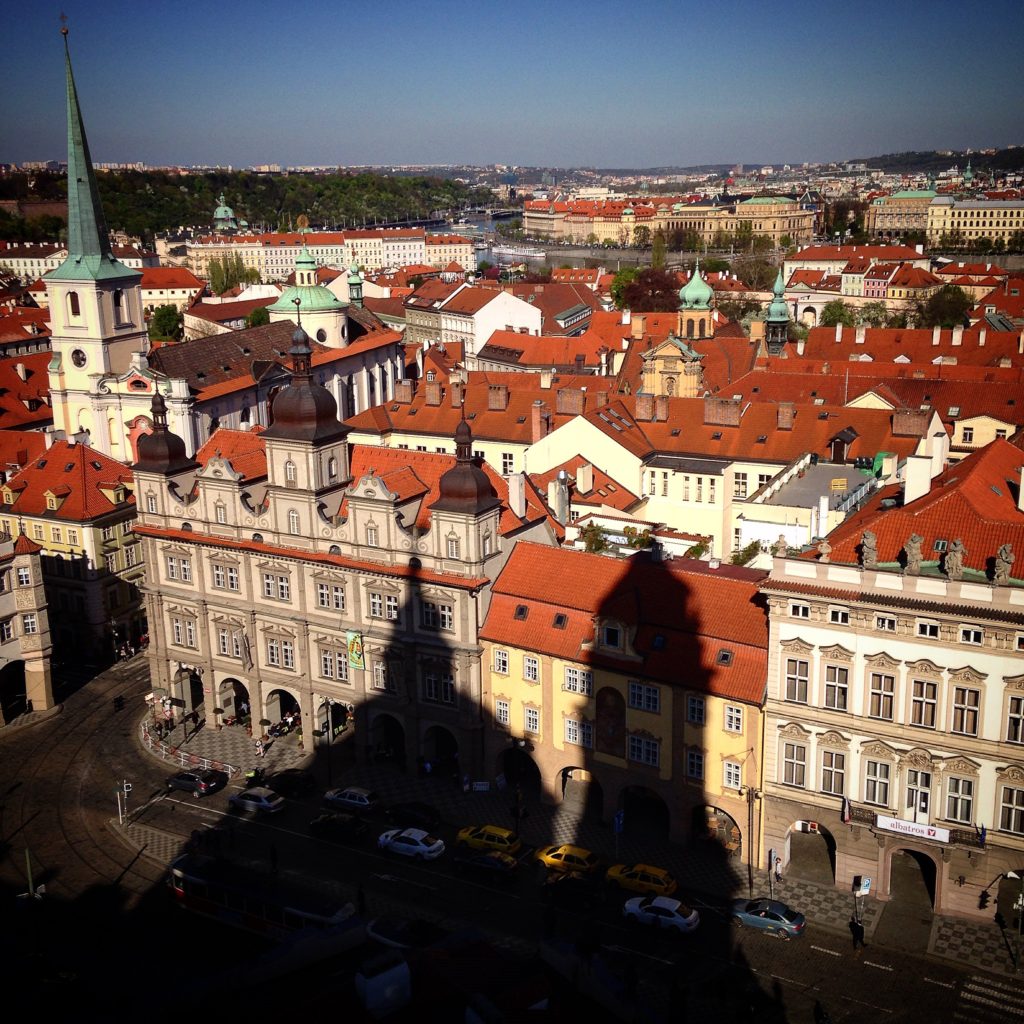 We wandered the Old Town Square which is stunning at sunset as is Charles Bridge which is always packed with tourists. Charles Bridge was completed in the early 15th century and crosses the Vltava River which splits Prague in two. It is lined with statues which makes for great photos especially with the castle on the hilltop in the background. 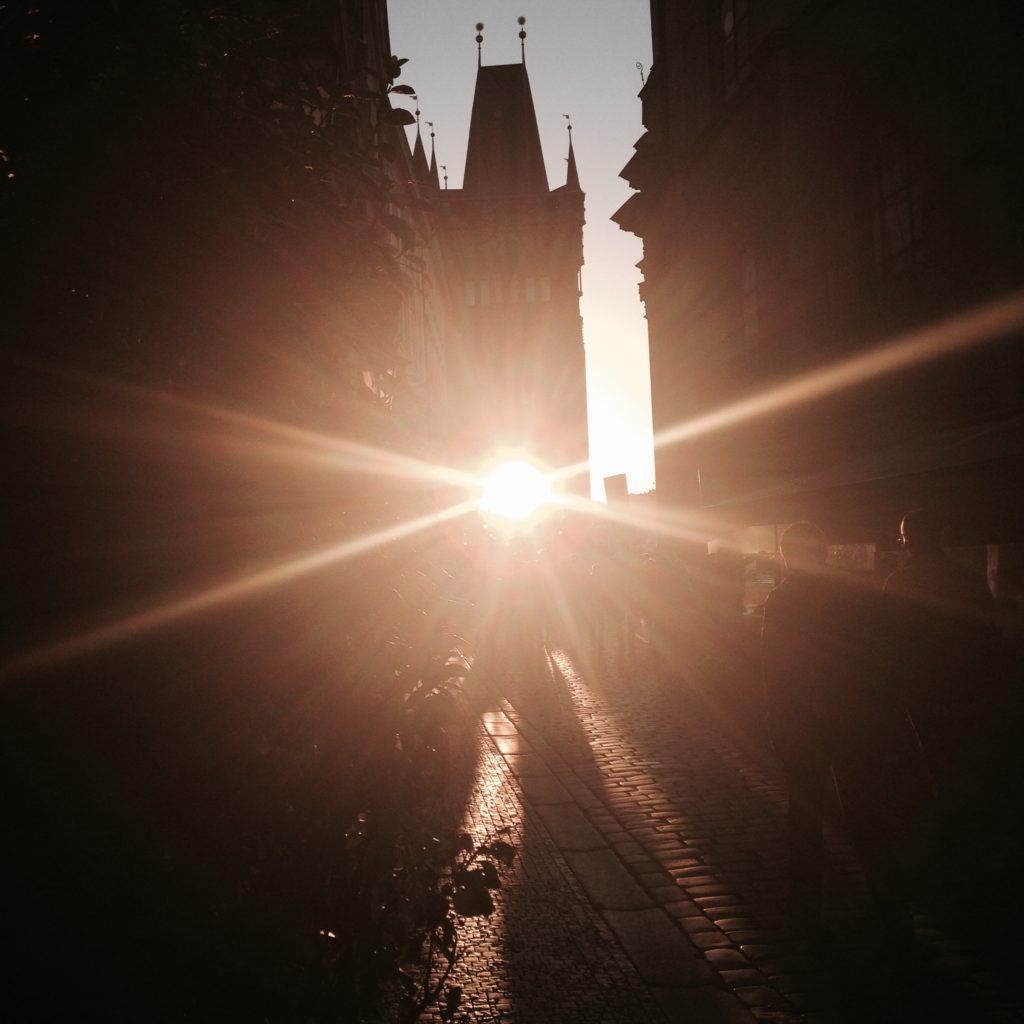 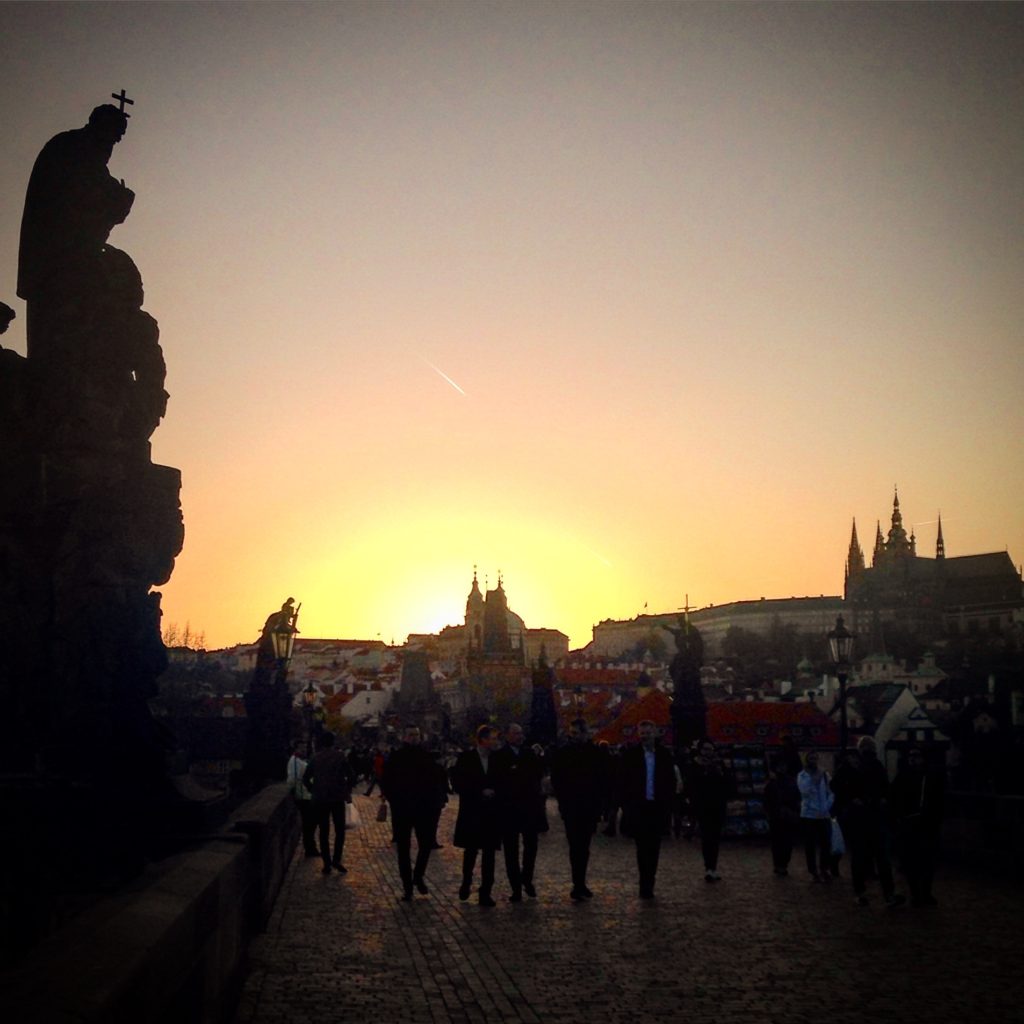 We spent the better part of a day visiting the Castle complex. The castle dates from the 9th century and the complex is a mix mash of churches, palaces, gardens and museums. The highlights for me where St Vitus Cathedral which had abstract stained glass windows that reminded me of Gaudi’s work at the La Sagrada Familia in Barcelona. I found the light reflections thru the windows to the floor to be completely mesmerizing, but absolutely frustrating to try and capture their beauty on camera. The Basilica of St George is the oldest surviving church in Prague and has partially preserved frescoes that are worth a look. The other impressive part of the castle complex was Golden Lane which is a series of small cottages that were recreated to feel like they would’ve when they were inhabited. Some of the houses date back to the 16th century. 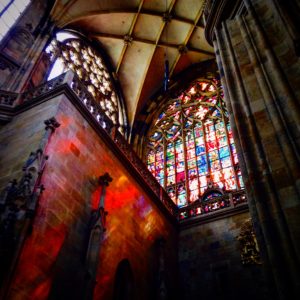 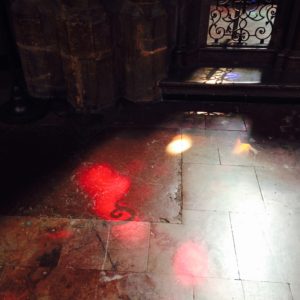 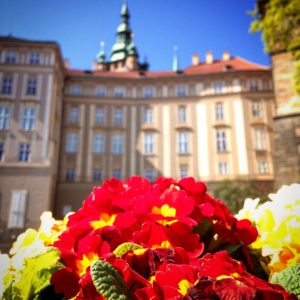 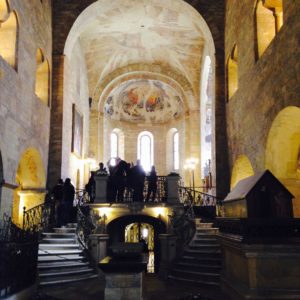 Prague also has a Jewish quarter known as Josefov  where the Old Jewish Cemetery and numerous synagogues are located. The Czech Republic has a lot of Jewish history which I will touch on in a later post when I discuss visiting the Terezin concentration camp just outside of Prague. Instead I’ll leave you with a some photos from our afternoon exploring. Most of the synagogues had beautiful stained glass windows and again I was awestruck by the way the light reflected thru them casting light throughout the rooms. Many, many photos were taken trying to capture this, and let me tell you it’s hard to get them to look as artistic as they did with the naked eye. 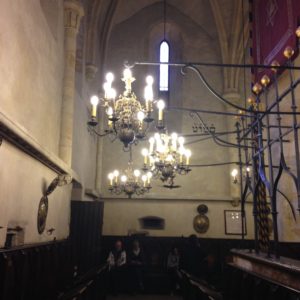 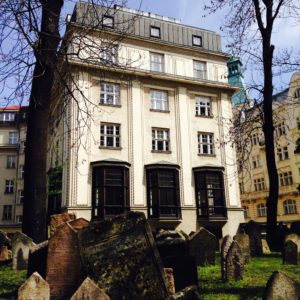 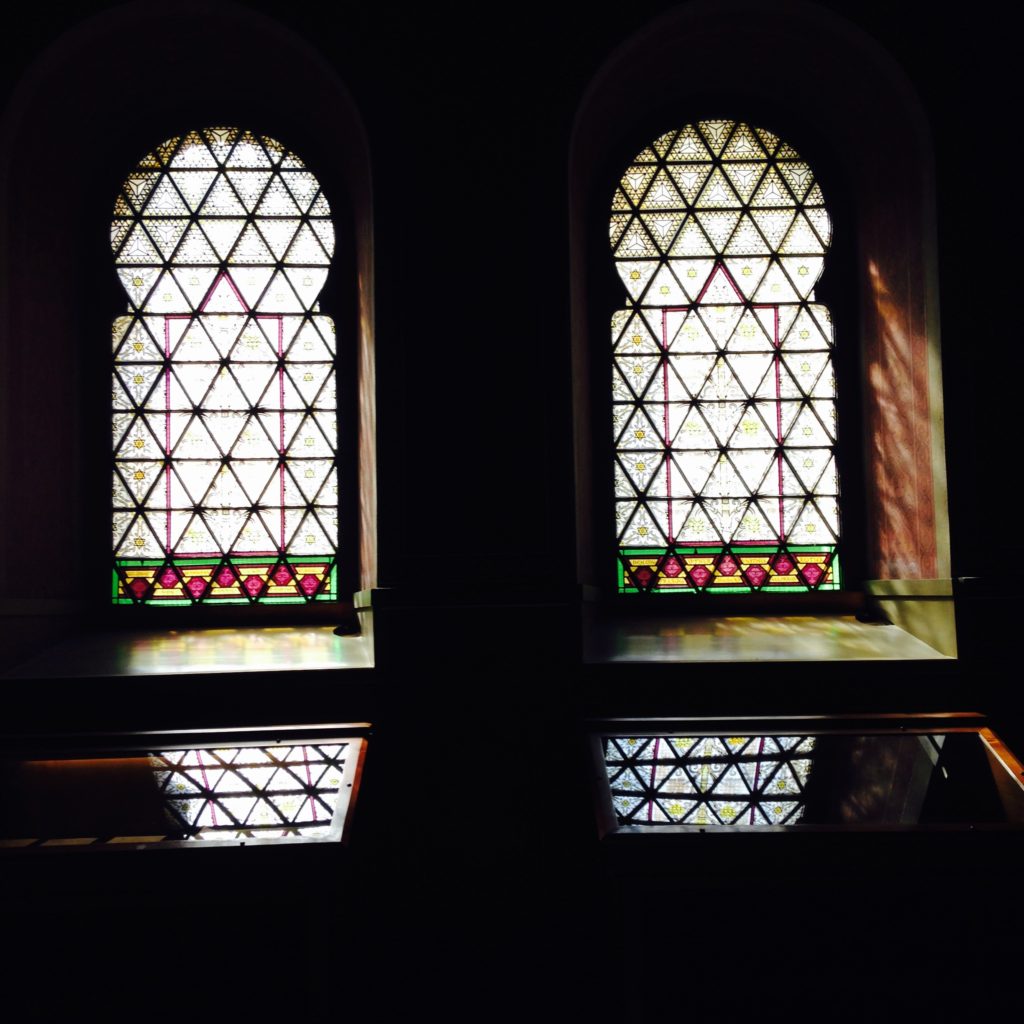 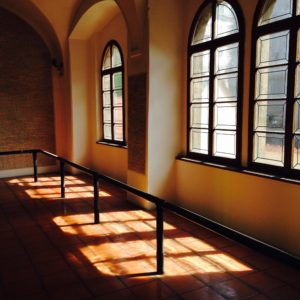 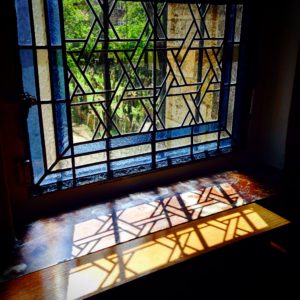 So that’s Prague. I’m sure you agree that it’s stunning, and it’s pretty easy to see why people rave about this city. 4 nights was the perfect amount of time to see everything we wanted to and to make a day trip to Terezin to hear about the Czech Republic’s Holocaust history.