Florence Italy may hands-down be the most romantic city I’ve ever been in. More romantic than Antigua Guatemala and that place was dripping in romance. More romantic than that time my Kiwi sidekick and I crashed other peoples honeymoons in the Maldives. The language is romantic, the people are beautiful and the architecture is straight out of a romance novel. I was floating on cloud nine the entire time I was there. Even though I was traveling solo…..

I quite smartly booked to stay in the center of town at a budget-ish place that had great reviews and balcony views of the Duomo. My room was a single room so it felt a little bit like a monks cell, but then I would throw open the balcony door and take in the awe inspiring view. It literally took my breath away and I giggled like I’d won the lottery for at least the first hour after checking in. Best part- because I was several floors up I was overlooking the street below which meant that the very talented violin street buskers who were playing below gave me my own private serenade. The music, a glass of wine and the magnificent view of the Cathedral and Duomo as my backdrop gave me immense joy. I pretty much skyped or FaceTimed everyone I could get a hold of to show them my good fortune. In hindsight this is kinda a dickish thing to do, but delicious Italian wine convinced me otherwise. It was a delightful start to my 4 nights in Florence. 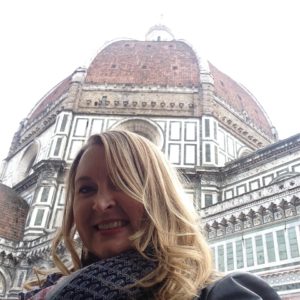 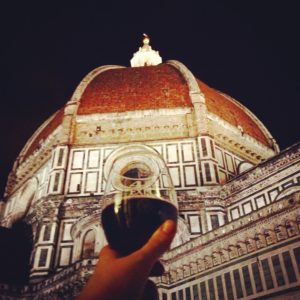 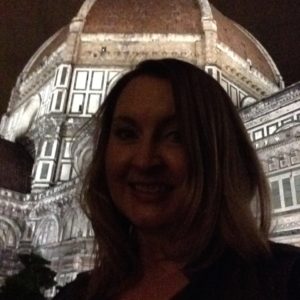 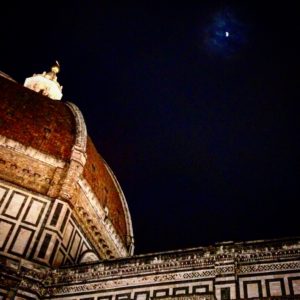 I took the train up from Rome. Italian trains are easy and decently on time. And pretty fast. In less then 2 hours I was in Florence. I spent my time in Florence taking in the main sites and eating my daily dietary requirement of gelato. I also developed a bit of an obsession for caprese salad and pretty much ate that at least once a day. I’m not really impartial about things. When I like something, then I really like it. Like go big or go home kinda like it. There’s just something about having caprese salad in Italy that makes it taste so much better than at home. To be fair though, I’m currently typing this from Warsaw Poland where…..you guessed it……I had a caprese salad for lunch. I might need a 12 step program.

Anyways, enough about nonsense. So what is there to do in Florence I’m sure you want to know. Like besides eat and drink delicious wine? As you would image there are a ton of churches, squares or piazzas, fountains and museums in Florence. And the top museums get crazy busy so I would recommend having your hotel or hostel call ahead and get you tickets. You’ll pay a bit extra, but basically you’ll be given a set time to go and you just pick up your ticket and bypass the huge line….sometimes for a significantly smaller line or hopefully no line at all. My favourite things in Florence were: the Galleria degli Uffizi which houses the works of Botticelli, Leonardo, Michelangelo, and Rafaello to name a few. (The artists. Not the Ninja Turtles just to be clear.) From the Uffizi museum there are stunning views of the River Arno and the Ponte Vecchio the decorative bridge that crosses it. The large Cathedral and Duomo in the center of Florence (the beautiful one I had a balcony view of) is called the Cathedral di Santa Maria which is enormous but not especially striking on the inside, but if you go downstairs there’s a basement museum with well preserved bits of mosaic floor and tomb markers. The Galleria dell’Academia is where Michelangelo’s David sculpture is located. If you do nothing else but sip wine and eat caprese salad you must see the David statue. Seriously. You have an idea of what it looks like in your head, but trust me it is a true work of art. I was mesmerized. The veins and the details especially to his right hand is amazing. I probably spent at least 20 minutes walking round and round. You could bounce quarters off David’s ass. That’s for sure. Although as a medical professional I’m not certain that every bit of him is to scale, if you get my drift. Just off the room that David is located in is a huge room lined with statues and busts which I thought was also pretty dang cool. 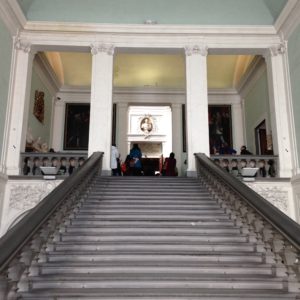 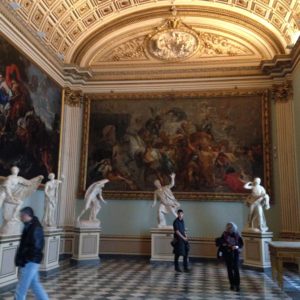 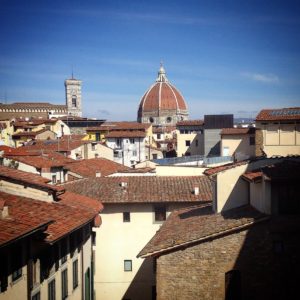 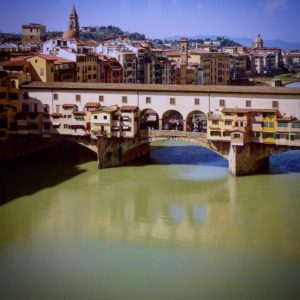 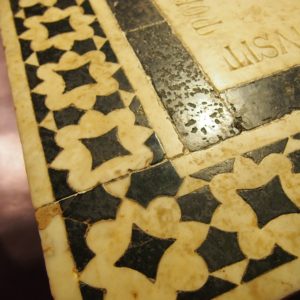 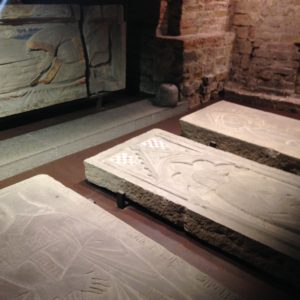 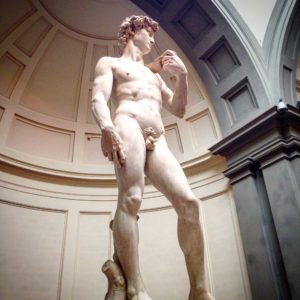 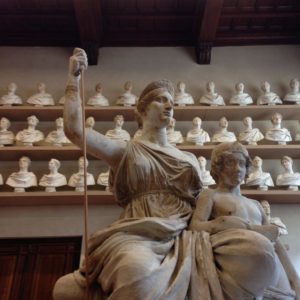 The other things I did while in Florence was join a day trip that hit the highlights of Tuscany. Yes, it was another big bus tour, but this trip was much friendlier than the one I did to Pompeii earlier that week. I even met a sweet couple from Texas who were my dinner dates a night in Florence and then when I returned to Rome. So the highlights of Tuscany included a quick trip to Pisa to see the Leaning Tower. Coincidentally, the day of our tour coincided with a day that marked 100 days until the college students graduate and there was a party in full swing. We got there around 10am and the square was packed with drunk college kids. After the obligatory Leaning Tower selfie I was ready to hightail it out of there. Drunk college kids are super annoying when you’re not drunk with them. From Pisa we drove about an hour to the UNESCO village of San Gimignano which is adorable. It’s known for its many towers. Basically the higher your tower the richer you were. We then stopped off for a lunch and wine tasting at a Tuscan winery. It was on this trip that I developed a taste for Chianti. Specifically Chianti Classico which carries a special label as it can only be made in the Chianti region of Tuscany. Lucky for me I found a bottle in the Frankfurt airport and I’ve been drinking it on my trip here in Warsaw. Again, once I like something I really commit to it! Our day tour ended with a visit to the city of Siena. Interestingly, because of the Black Death in the 14th century where almost 3/4’s of it’s residents died, many of the buildings were left unfinished. This is very apparent when you visit the Cathedral and Duomo there and see the massive unfinished arches. 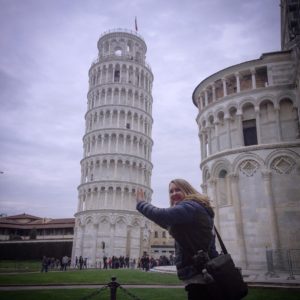 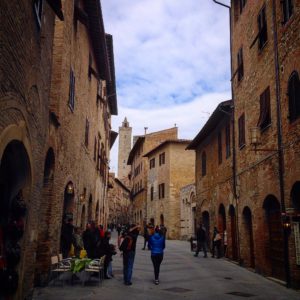 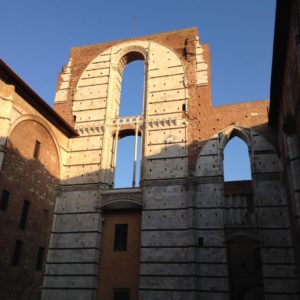 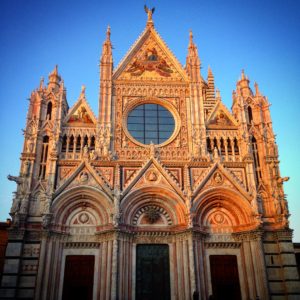 So that wraps up my time in Italy. I have no doubt we will cross paths again. There’s so much left I want to see, and so much more Chianti Classico and caprese salad to be consumed. Arrivederci.