Way, way back on August 24, 79 AD Mount Vesuvius erupted and covered the surrounding villages in deep layers of ash, killing an estimated 11000 residents. It is believed that some 25 meters of ash fell on the city over some 6 hours. The town would remain covered under ash until it was rediscovered in the late 1500’s. Excavations in the area didn’t take place until the 1700’s. Artifacts from the time of eruption remain very well preserved due to the lack of air and moisture given that they were covered under so many meters of ash.

Today Pompeii Italy is a UNESCO site and a huge tourist attraction. It is an easy day trip from Rome. I booked into a tour group for the day and ended up part of a large bus tour- with some 50 other people. Normally this is a great way to meet other travelers, but not so much on this particular tour as myself and an older Asian man were the only solo travelers of the group. The bus drove south a little over 2 hours to the port of Naples. The countryside along the way was green with rolling hills in the distance. After a quick stop off and photo session at the port we carried on another 30 minutes to the town of Pompeii. Before touring the ruins we stopped off for lunch as it was included in the tour price. I was seated with a large family from California. They were a couple in their 50’s with their teenage daughter, their older son, his wife and their children and the wife’s father. And one thing was abundantly clear. This family was completely over traveling together. They were irritated with one another, and cranky, and lucky me was stuck in between it all. Thankfully, it was nothing a little mid-day wine couldn’t take care of!! 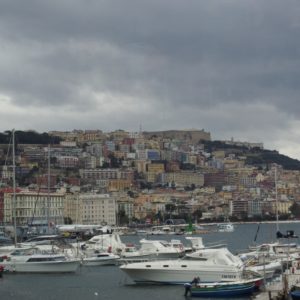 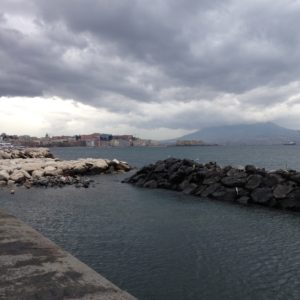 After lunch we started our walking tour of Pompeii. We broke into 2 groups of English and Spanish and set off with the many, many other tour groups. The tour started at the gymnasium of Pompeii where the gladiators slept in cell like rooms with views of Mount Vesuvius in the distance. Much of the site was under reconstruction during my visit, which meant that a lot of it was fenced off making it difficult to take photos. I was surprised that it didn’t look much different than other ruin sites I have visited. To be honest if I hadn’t of known I never would’ve thought the ruins had laid buried under so many feet of ash for nearly 2000 years. 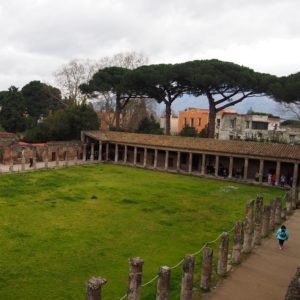 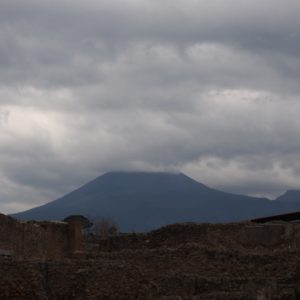 There were intricately carved original fountains in the street, and because it would flood when it rained there were stepping stones built across the streets so pedestrians could hop their way across to avoid soaking their feet. Spaces were left in between these stepping stones to allow chariots to be able to cross. The forethought put into the design of Pompeii was impressive, and as you wandered the old street it was easy to imagine what it was like when the city was inhabited. We visited a 5 bedroom brothel with faded original erotic frescoes that had some people on our tour blushing. I took it more as a menu of the services one could order should one find themselves in a brothel. Nonetheless they were intriguing, and smartly the brothel was opposite the local watering hole. This only further confirms that residents of Pompeii past were geniuses. Also surprisingly they had running water back at that time, and we were shown some original lead pipes. Sadly, they were not aware that lead was poisonous back then, but honestly lead poisoning was the least of their worries! 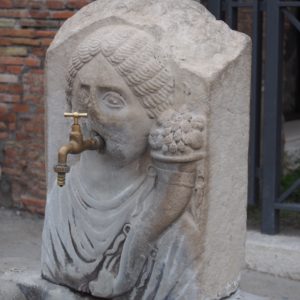 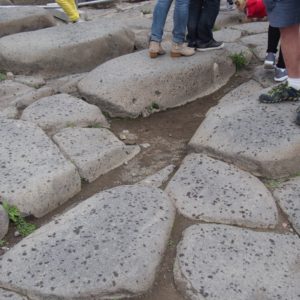 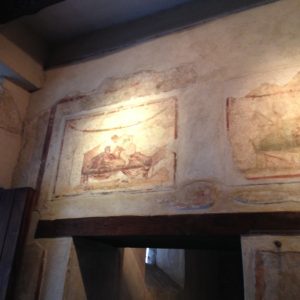 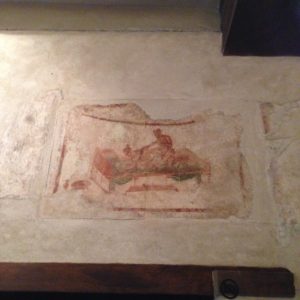 Our tour wound thru the streets past a bakery, and past another brothel which was identifiable by the penis shaped carving in the street out front that pointed towards the  house. Sneaky sneaky. We visited the male bathhouse which had beautiful statue carvings and an enormous marble fountain. We toured a large house that was likely owned by a wealthy family as it was by far the largest home we saw- some 3000sq/ft with an upstairs level and a colourfully recreated mosaic floor. We then made our way to the Forum which is the main square where the ruins of the Temple of Apollo and Juniper are located with some of the pillars and arches still standing. Along the main square is a small exhibit of artifacts found during the excavations- mostly household items like jugs and jars. I hadn’t done much research before the tour but in my head I had expected to see the skeletons of some of the 11000 residents that died during the eruption. There was the skeleton of a dog that died, but apparently the other skeletons are on exhibit in Naples and in other museums abroad. Sometimes we get an idea in our head about how a place is going to be, and then it ends up being somewhat different. Pompeii was very much like that for me. After spending a couple hours walking around Pompeii it was time to get back on the bus to Rome. 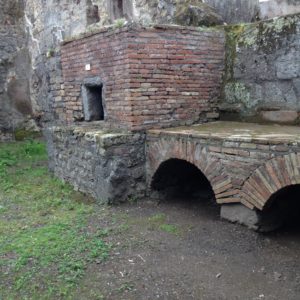 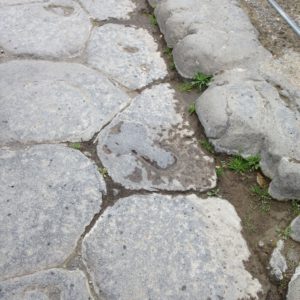 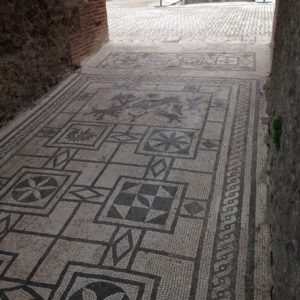 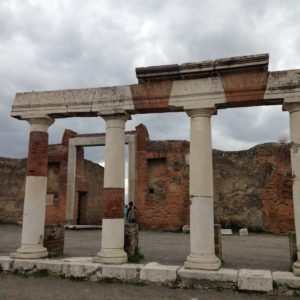 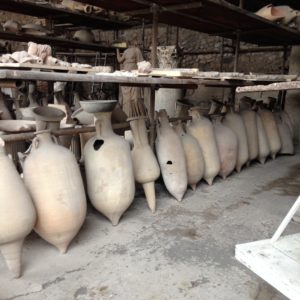 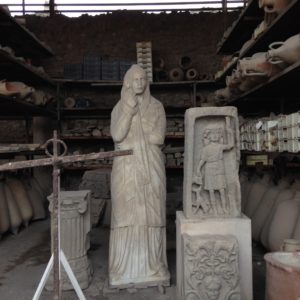 Overall, it was a great day trip. Being one of the only solo travelers normally wouldn’t bother me, but there was an older gentleman on the tour who took an interest in my being solo, and not really in a positive way. He was very sweet and offered to take my photo a few times on the tour but he commented several times about how sorry he was that I was traveling on my own. At one point he even commented to one of his family members and said “poor thing is here alone.” As though I hadn’t actually chosen to take the trip alone. Truth be told, that was the only time during my entire trip in Italy that I felt self conscious of being alone. Normally people comment about how brave and empowering it is for a woman to travel solo as opposed to feeling sorry for me. Honestly it was a bit of a bummer for me. Thankfully I did another day trip when I was in Florence and had a totally different experience!!