Well it’s that time of year again my Saudi people. Janadriyah festival started this past weekend and will continue until February 20th. The first time I was in Saudi it was a really cool cultural event. One that I was very eager to attend again, but it was cancelled last year after King Abdullah’s death. I’m planning on going next week, but wanted to let you know what it’s all about and what I thought of it from the previous time I attended.

For my North American readers, Janadriyah is part country fair meets expo, minus the rides and the alcohol. The festival is held on the outskirts of Riyadh on a site designated for this festival. I don’t think the site is used the rest of the year but I could be wrong about that. It lasts for 2 weeks with the first weekend being designated for men and the rest of the time to families. The opening hours are from 9am till noon, and then again from 4pm until midnight. From what I remember there were a bunch of different tents or areas designated to the different regions of Saudi. There were dancers and musicians, and people wearing traditional costumes from their regions. There were a bunch of different tents giving away educational material from different government sectors. I remember visiting tents staffed by the Ministry of Health, the Saudi Human Rights Commission, and other social programs within the Kingdom. 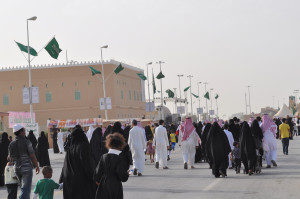 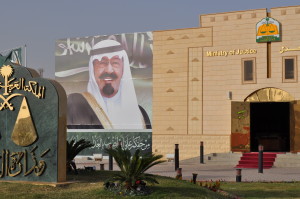 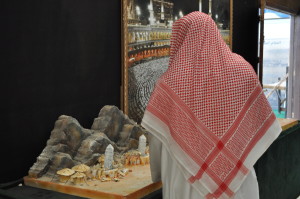 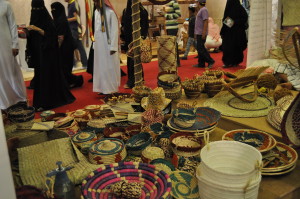 One of the interesting memories I have was visiting the Ministry of Hajj tent and learning about the Hajj experience and being offered ZamZam water (the holy water from Mecca.) Pilgrims who return from Hajj or Umra often return with jugs of ZamZam water, and it’s not uncommon for our patients in the hospital to request their medications be given or mixed with ZamZam water. While it was an experience getting to taste ZamZam water, I believe it is something that one acquires a taste to. From what I recall it was rather minerally in taste, and one sip was more than enough. Every year the festival designates a different country from around the world to be highlighted, and has a tent to showcase them. When I was there I believe the guest country was Japan. This year it is Germany. I’m super tempted to bust out my Oktoberfest costume, but I’m guessing it wouldn’t be well received but really who would know anyways since I’d be wearing it under my abaya….. 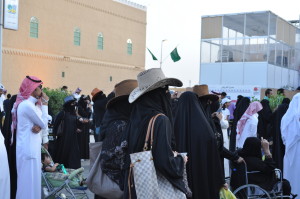 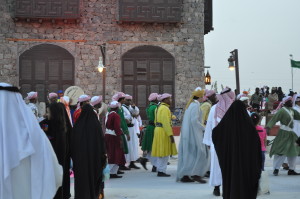 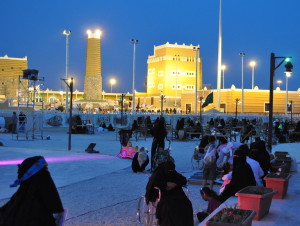 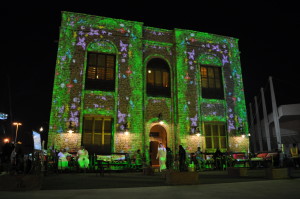 A few things stood out to me from the last time I visited. First, I took a bunch of photos which is not always easy to do in Saudi Arabia, but I don’t remember it being a problem. For obvious reasons don’t blatantly take photos of uncovered women or children, but photos of the decor, crafts and buildings were no problem. Second, it’s a fantastic way to mix with the locals. I remember the local women being extremely friendly, coming up to chat with us, touch our hair, or ask for photos with us. So if you have a day or night free you should definitely make the trek out to the Janadriyah festival. It’s a very unique festival that will give you a better understanding of Saudi culture and let you interact with the locals. 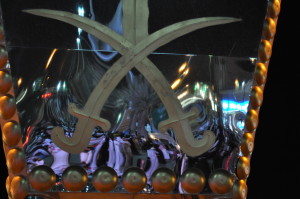 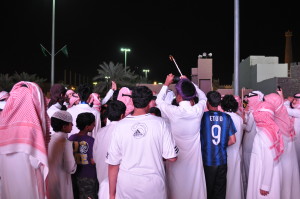 Women will need to make sure they have a scarf and you will likely be directed to cover your hair prior to entering the festival grounds. I remember the Mutawa (religious police) giving verbal warnings to women who’s hair was uncovered, but I don’t recall being asked to cover my hair once in the actual festival site. Have fun!!!