So last week I told you about how I visited Al Ula, and that part of our tour included a security envoy. Let me just say this was a first for me. It’s not everyday that I’m escorted places by a 17 year old Saudi cop, or a pair of 17 year olds and their police cruiser. (I’m not for sure that they were 17 as I didn’t think to check their ID but for the sake of this story we’ll say they were.) The reason for the security is that in 2007 French tourists in the area were targeted and 4 Frenchmen were killed,  so ever since security is required for western looking tourists. The morning of the first day of our tour the 17 year old cop stood guard while we visited a scenic overlook of Al Ula. By stood guard I mean he stood watching us with his mirrored aviator sunglasses unarmed. Which is odd because if we did run into trouble at best he could call for back up via his mobile phone. I mean lets be honest…..what was he going to be protecting us from? So we had a security escort that first morning. And then apparently the coast was clear because he was no where to be seen for the rest of the day. 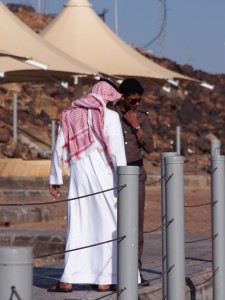 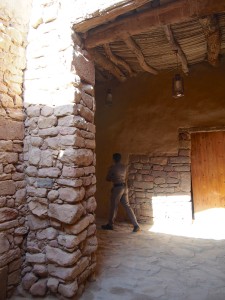 Making sure the coast is clear.

Our group of 4 girls paired up with an Australian guy and a group including 3 Americans and a guy from Lebanon for our tour of Madain Saleh the following day (more on this to come.) Oddly, our security detail was MIA. To be fair we did start our tour at 8:30 am which by Saudi standards is far too early to get out of bed. After we toured Madain Saleh we parted ways with the other group as they had to drive to Hail to catch a flight back to Riyadh. This is where the real fun begins because apparently it was a bit of a no-no for them to drive the 4 hours back unescorted. Later that afternoon we were pulled over by the police and once they realized that the entire group was not together they started to sweat. Phone calls were made, voices were raised as they tried to track down the other group who was off the radar. From this point we had a full police escort until we flew out of Al Ula. I tried to convince them that it would be ok for me to sit up front, or to take fake photos of us being arrested or to drive everywhere with the lights and sirens going, but no, these kids were by the book. This was the first time in a long time that my blond locks failed me. We later heard from the other group that the cops did eventually track them down. They received a phone call while they were passing time at a local mall awaiting their flight. The officer requested they come immediately to the airport as he “couldn’t bear not knowing where they were any longer.” This I found very sweet!! So that’s the rather uneventful story of that one time I traveled with a security escort. 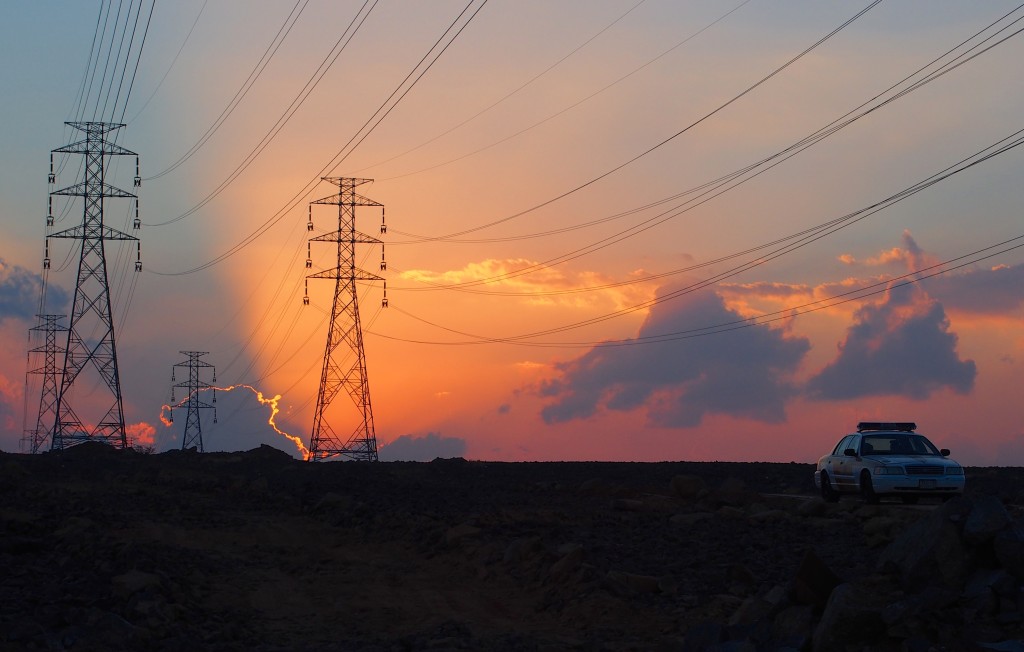