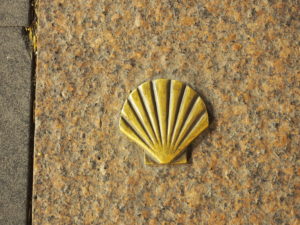 I’ve made numerous references to my upcoming travel plans over the last few months and the main one has been walking the Camino de Santiago from the French border to the Spanish city of Santiago de Compostela some 800km away with my father. This has been on my bucket list for the past few years. Like many who have walked before me and many who are in the midst of planning, I heard of the Way of St James as it is otherwise referred to from browsing thru Netflix one night several years ago and coming across the movie called “The Way.” This movie started me on a journey that has led me to this very moment as I write this post from a cafe in Paris and will start my Camino with my dad later this week. The movie came out in 2010 and if you haven’t seen it you should really get it on Netflix and watch it ASAP. In the most basic form the movie is about the relationship between a father and son who chose very different paths in life. The son wants to travel the world, to see it all now, knowing that life is precious and that you have to live it for yourself and no one else. The father has spend his life priding himself in his accomplishments and having financial security and doesn’t agree with his adult sons choices. He gets a call one night that his son has died while at the beginning of the Camino. He flies to France and on a whim decides to complete the Camino in honour of his son and sets off on a pilgrimage that changes his life. The movie is heart wrenching at times to watch. I cry no less than 20 times every time I watch it, and I’ve probably watched it 50 times. No movie has ever felt so true to life or touched me as this movie does. The movie reminds you not to take life or your loved ones for granted because tomorrow is never guaranteed. It shows the immense kindness of strangers and that those people who start out as strangers can end up changing our paths entirely. It reminds you that “you don’t choose a life you live it.” 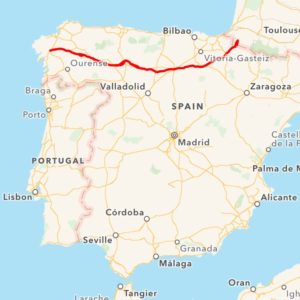 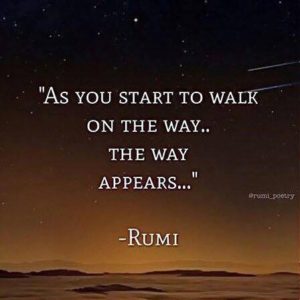 About 10 years ago I heard about the 88 temple trail in Japan and had always put this in the back of my mind as something I would like to do, so the idea of pilgrimage wasn’t entirely new to me. I’m not particularly athletic. Or more, I’m not really athletic or outdoorsy in anyway. I could lose a few pounds. And yet I’m drawn to the magnitude of this endeavor. To walk 800km is in itself a monstrous task. It will in no way be easy, and the challenge of it is one of the top reasons I’m walking it. I have a deep seeded belief that I will finish it and yet the physical and emotional turmoil of it are hard to fully imagine. A big part of my reasons for wanting to walk the Camino are personal. I want time alone with my thoughts. I want clarity. I want to put emotional issues to rest. I want to just focus the next 40days on walking. That is all I’ll have to do every morning. Just put one foot in front of the other and walk. I want to walk it for the people I know I will meet along the way. To hear their stories. To connect with people in a genuine way. On the Camino no one cares what your profession is, or how much you earn, or what your retirement plan is. You are all Pilgrims (peregrinos). All equal. All walking for personal reasons.

So what exactly is the Camino? Well essentially it is a walk to the place where the apostle St James is believed to be buried under the cathedral in Santiago de Compostela. There are several different routes. My father and I are walking the Camino Frances which is the most popular largely on account of the movie and the fact that the trail is well maintained with villages and towns regularly spaced out. Each year sees increasing numbers of pilgrims. This year is a Holy year in the Catholic church so it is busier than normal. The pilgrimage dates back to medieval times- people have been walking it for over 1000 years. Back then it was believed (and many still do) that you were absolved of all your sins once the pilgrimage was completed. The Camino Frances starts at the foot of the Pyrenees in the town of St Jean Pied de Port. We have opted to split the first day into 2 days as we don’t want to injure ourselves and we are in no rush. The first week is often described as “brutal.” Then your body supposedly adjusts and you get used to the pace. I expect to likely cry and probably vomit going over the Pyrenees. I figure if I have this as my expectation I can then be pleasantly surprised if neither of these things happen.

Pilgrims sleep in albergues (hostels) or hotels or guesthouses. Upon arrival in St Jean pilgrims head to the pilgrim office to pick up their pilgrim passport which they will get stamped daily as they make their way to Santiago. Once in Santiago the passport is shown at the office there and pilgrims receive a certificate (otherwise known as a compostela.) People walk it for religious reasons, physical reasons and personal reasons. People of all ages, all nationalities and all backgrounds walk. They walk for loss, grief, clarity, and spiritual guidance. Many people return to walk different Camino routes to Santiago.

I’m going to try a post something every other day to my Facebook page if you want to follow along. Most likely photos or conversations with those I meet and a recap of our progress. But for now Buen Camino…..

“It’s your road, and your alone. Others may walk it with you, but no one can walk it for you.” Rumi