Tribute to my Pops….. 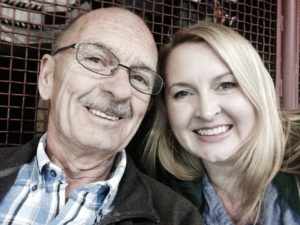 Last month was Mother’s Day and I wrote a post for my Mom, so with Father’s Day this weekend it’s long overdue that I wrote a tribute to my Pops as well. My Dad responds to a variety of names, but mostly I call him Pops or Daddio, if he’s acting especially hip. In fact several of my friends refer to him as Pops as well. Pops and I have a unique bond- I would reckon we are tighter than your average father/daughter combos. I mean we did walk across a country together after all. We are close, and yet we are really quite different. Pops has a type A personality- he is a hard worker which means that he is an incredibly loyal employee and will work long hours to get the job done. He likes routine. He is financially responsible and careful with his money. He is the kind of guy who would cut his neighbours lawn when he knows they’ve injured their back, or visit someone in a nursing home even when the person will for sure not remember. He is reliable and hard working.

Over the years we have had several adventures. Many many moons ago I decided to move from Philadelphia to Phoenix Arizona. In December. So Pops flew out and we road tripped down the eastern coast of the U.S. and then across the south for a week in this ridiculous sports car that I used to own. We (me) drove long hours staying in motels along the way. Stopping off at Cracker Barrels to eat and rent audio books, and taking in the scenery. Two of my favourite memories from this trip where going to return my cable box the day before we were to leave and a couple girls jay-walking across the street.  I probably could’ve stopped but I didn’t and one of them yelled “I’m gonna whoop yo ass.” Another time we stopped in Alabama or Louisiana and we asked a lady at a cashier somewhere how far the next state line was and she replied in a very southern accent “Golly. I never been that far before.” Both those lines we still quote to each other every now and then and laugh.

In 2009 I really wanted to visit Scotland so I invited Pops to come with me and he jumped on the opportunity to visit the place where our “people” immigrated from. I think we spent about 10 days traveling around the country. It was a great adventure and we even got to meet the Clan chief of our Scottish ancestors. We rented a car. Because I am a little (more often than not) scared driving with Pops it was agree (I made the executive decision) that I would be the sole driver. I told Pops that I couldn’t read a map in the car while it is moving (which is true because I get bad motion sickness) and he seemed cool with it. Plus I had already once mostly successfully (minus a few scratches) driven on the opposite side of the road, so clearly I was the most experienced choice out of the two of us. So after a couple days in Edinburgh we rented a car. Flash forward like 3 hours later and we are driving through the stunning Scottish Highlands. The scenery is gorgeous. We are having a nice time. We approach a narrow bridge. At the same time as we drive onto the bridge so does a rather large truck coming the other direction. In hind sight I could’ve stopped. But I’ve never had cat like reflexes at the best of times. So I moved over to the left as much as I could. Pops let out a heart stopping scream at about the same time as the passenger mirror collided with the bridge. I pulled over on the other side of the bridge and the mirror was literally holding on by a thread and Pops composed himself and pulled it off and we put it in the trunk where it stayed for the rest of the trip. We both just kinda looked at each other like “well that happened.” I know he was dying to say more but you can’t really scold an adult child can you? The rest of the trip Pops would reference things like “well I would be able to see that if I had a side mirror” and such and we would laugh. That trip was really quite fun. One night I booked us to stay in a room on top of a local pub. They had a band and Pops and I drank with the locals and Pops chatted up the band and we had a great time. We also visited a Scotch festival, saw sooo many castles and visited the actual homestead area where our people immigrated from. It was awesome. 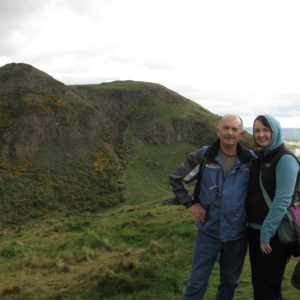 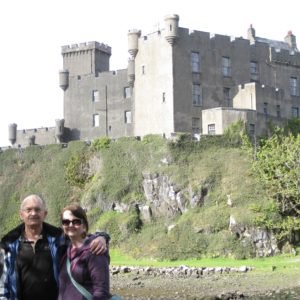 As many of you know this past fall I invited Pops to walk the Camino de Santiago with me- something that had long been on my bucket list. He very quicky said yes and we started planning. Together we walked 700km across Spain over about 5 weeks. We shared a room every night for those 5 weeks. I like to think that I push Pops out of his comfort zone (which I purposely do because I want him to have new experiences.) The great thing is that he just goes along with things most of the time. It was wonderful to travel with him and see things through his eyes. To watch him interact with a vast variety of people, to see him forming friendships and having new experiences. I want those things for him. After all it’s stuff like that, that life’s made of. Also Pops is down to take selfies anytime. Sunrise selfie. Action shot selfie. Night selfie. He’s on board for all of them! I have a few really special memories from that trip. One was early on in the walk where we stayed in a small town. It was Pops first experience with staying in a mixed dorm room with bunk beds. We were in a room with probably 6-7 bunks and Pops and another fellow were the only men. Both Pops and I had bottom bunks and there was a young lady on the bunk above Pops. In the morning we woke early so we could get to the top of a ridge in time to see the sunrise. While packing up our things Pops tried to pack his sleep  sheet into its bag but it wouldn’t quite fit. Turns out the gal above him had washed her panties and they had fallen onto Pops bunk and he had mistaken them for the bag. Sooooo funny the look on his face when he realized what happened. I still laugh about that one. Anther great memory was when Pops left his prescription sunglasses in a church but we didn’t realize it until we got to our hotel in the next town. I jumped into action and got us a taxi which took us back to the town only to find out that the church was closed and the priest didn’t live in that town and the church wouldn’t open until 10am the following morning well after we would already be on the road. The taxi driver didn’t speak English but I was able to convey via uber basic Spanish and sign language that Pops couldn’t see without his spectacles and the driver drove us to the convent where the Priest lived. Here’s the thing: I’m a huge believer that most people are good hearted and I like to see how a situation plays out. Anyways the Priest wasn’t home, but the taxi driver stopped a local guy on the sidewalk who had the Priest’s phone number and called him. Later that evening Pops was driven back to the town where the Priest had unlocked the church and the sunglasses were reunited! My other favourite memory was getting day drunk with Pops when we completed our Camino which happened to coincide with his birthday. You guys know I’m a fan of getting a buzz on while the sun is up. Turns out Pops is as well. The apple doesn’t fall far from the tree! 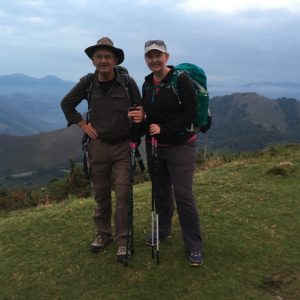 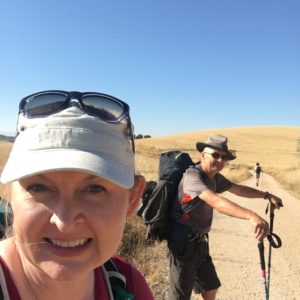 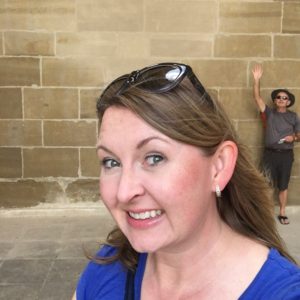 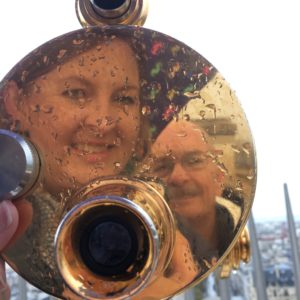 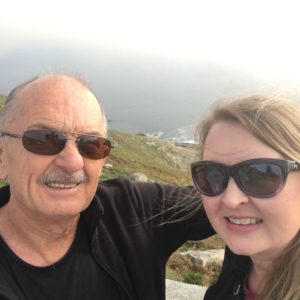 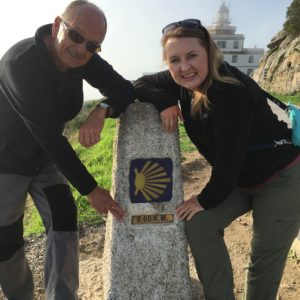 So Pops here’s to you on Father’s Day. Thanks for the adventures of the past and I look forward to the new ones we will make. The offer still stands- I’d love to show you around the Middle East if you ever feel up to it!