Where to even start about the Riyadh Zoo….

I never had a chance to visit the Riyadh Zoo the last time I was in Saudi so this past week I had a day off that coincided with a “ladies day” at the zoo so my kiwi side-kick and I decided to check it out. As with most activities in Saudi the sexes are separated and the zoo is no exception. “Ladies days” often mean women and families, but it was a nice surprise to find out that in fact only women and children were allowed. Women were free to roam the zoo unaccompanied and even free to remove their abayas (little black dress) and let the stress of the day fall away. Years ago I read a blog post about another ex-pats experience of visiting the Riyadh Zoo, so I can’t say I was completely in the dark about what it might be like, but even with this bit of knowledge the zoo was a very disheartening experience. The first clue that it probably wasn’t going to be up to my western standards was the entry price. It cost a whole 10 riyals ($2.50US) to get in. Where in the world can you go to a zoo for the price of a coffee people? Just as a guess I’d say most North American zoos will cost between 80-100riyals entry ($20-30US). If it costs you a coffee to get in you can rest assured that none of this money is likely going into wildlife preservation, or public education of any sort. More on that later…

So we pay the entrance fee and walk into the zoo and there are ladies in fashionable Middle Eastern attire as far as the eye can see. Since mostly I only see covered women around the hospital I was unaware of the trend of super dark almost sharpie markered on eyebrows that the ladies in Riyadh are sporting. Personally I’m not a fan, but each to their own. Also as a side note, stilettos are a completely reasonable footwear choice for a trip to the zoo. My kiwi mate and I were a little self-conscious in our flipflops. Anyways, there is a cement path that winds around the zoo property, with women having picnics on the grass alongside the path. We took a left at the flamingos and came up on the monkey cages which kinda resembled cell blocks. The cages were quite small and the first thing we noticed was the garbage that was inside the cages- water bottles, chip and candy bar wrappers, and whatever else people were too lazy to put in the garbage. The monkeys were very cute- especially the ones from the Amazon, but they were in very small enclosures. Further along we could hear quite a commotion and came to some larger monkey cages. There was a crowd of Arabic women and children outside the cage who were yelling and throwing popcorn into the monkey cage. A woman and a couple kids had even climbed over the barrier to get closer to the animals. Secretly I hoped one of them would get bitten by one of the wound-up monkeys. Sadly, I did not get to witness this. 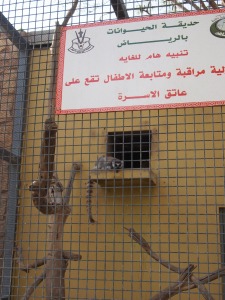 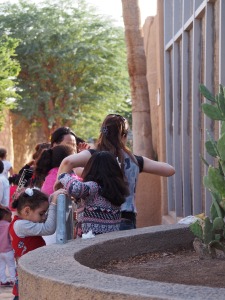 So from here things only got sadder. The animals we saw were either listless and uninterested or completely agitated. There was a bear who tried to do tricks for treats, and a gorilla that was being aggressively yelled at by some teenage girls. There was a tiger enclosure where 2 tigers just paced back and forth, back and forth. There were double humped camels in a exhibit with reindeer from North America which seemed a little odd. Many enclosures for the larger animals were also littered with garbage. I can only imagine how hot the animals get during the summer months when the temperatures are very high. I can’t say I saw any airconditioning, although many of the enclosures did have shaded areas. Watching the way the animals were treated by the girls and women made me thankful to not have to witness how teenage boys and men behaved with the animals on the all-men days. I can only imagine if the women were being aggressive with the animals how groups of men likely behave and it makes my heart cry. I could have easily left after 30 minutes but we had arranged for our driver to come back in 2 hours. So for the next hour we wandered in a state of shock. My emotions ranged from sadness, to annoyance, to anger, and then to complete disappointment. I scolded children telling them not to feed the animals candy or throw garbage into the cages. I swore under my breath and held back the urge to punch people in their faces. My kiwi sidekick cried. It was awful. The entire experience felt like a massive fail for humanity. 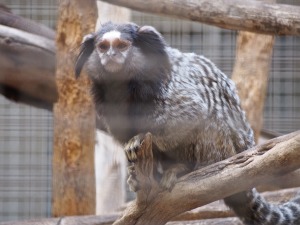 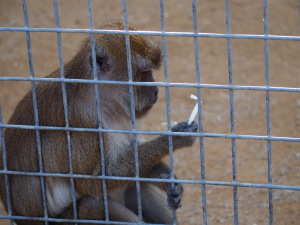 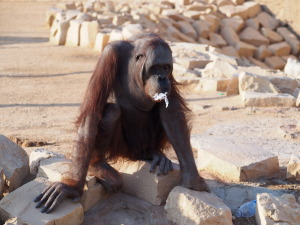 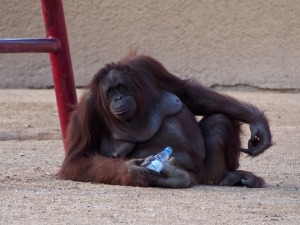 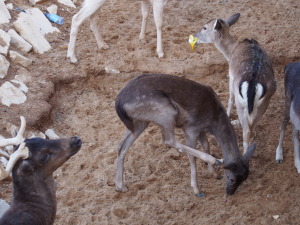 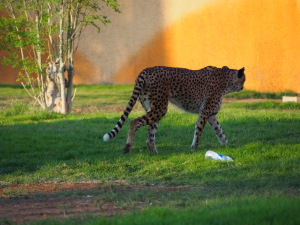 So the real issue for me is how do you teach people to be compassionate for animals in a country where many families don’t own or take care of animals as we do in western countries. For me to watch how women and children treated caged animals felt ironic as women here have far fewer freedoms than we do back home, and often I feel caged here as a woman. Where was the kindness? Where was the compassion? Missing was the part of the zoo experience that many of us cherish- that of seeing these amazing animals up close. Missing was the  education that most zoo experiences offer. The entire time we were at the zoo we did not see a single person working there apart from the ticket person and the worker selling the popcorn and chips. Maybe it was because they weren’t allowed to be there as it was a “ladies day” and it would’ve been improper to have zoo employees mixing with unaccompanied ladies. My point is that there wasn’t a single person watching out for how the animals were being treated, or trying to educate the visitors about why the bear doesn’t eat potato chips because in real life bears eat small animals, berries and fish ect.

When we left I asked to speak with someone who worked with the animals, but the ticket man told me that the person I needed to speak with had already gone home for the day. The gentleman who runs the zoo is Australian (as per the person we asked). I did not get a chance to speak with him. In saying all of this I don’t know what conditions those animals faced prior to coming to the Riyadh Zoo. Maybe they came from worse conditions. This I do not know. Maybe the people who work there feel as awful as I did and have tried to change the way visitors to the zoo treat the animals. This I also do not know. What I do know is that the experience there left me feeling numb and disheartened. So if you love animals I’d take a pass on going to the zoo here. I’ve done a little research about animal rights groups within Saudi Arabia and all I could find were groups pertaining to domestic animals and some information about a petition regarding a different zoo in Riyadh a few years back.

Also- as an ironic little souvenir of my visit- look what toys they sold at the zoo. Aren’t they sweet, and very appropriate. I imagine some kids have even gone so far as to shoot these toys at the animals. 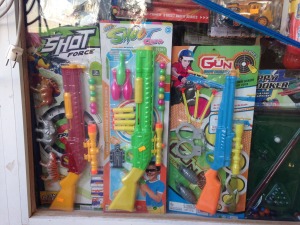